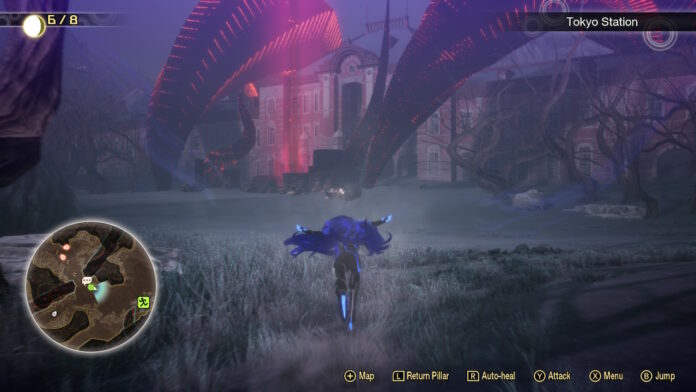 Right from the start of the game, Shin Megami Tensei V gives players the opportunity to go off the beaten path in search of secrets to discover and sidequests to complete.

This holds true from the very beginning of the game until the end, as there are a lot of different optional sidequests available in the Taito ward, the final ward you will explore in Shin Megami Tensei V.

Among these late-game quests is The Winged Sun quest. Here’s how to complete it.

Amon will ask you to retrieve the Winged Sun Crest, which can be obtained by defeating Asura and Mithras. The two demons are located nearby Tokyo Station in the Chiyoda ward. You can find their location on the map below.

Once you reach the two demons, interact with them to start the fight. They are both weak against Ice and use plenty of Fire attacks, so bring the appropriate demons to have an easier time.

After you have defeated Asura and Mithras, go back to Amon, but make sure to save your game first, as handing him the Winged Sun Crest will start a new fight. Amon is also weak against Ice and uses Fire attacks mostly, so you can use the same part you have used to bring down Asura and Mithras. As Among can use Tentarafoo to cause Confusion, you will also want to bring a demon that can use Me Patra, or plenty of items that can heal altered status ailments like Amrita Soda and Amrita Shower.

After defeating Amon, the quest will finally be complete. You will get the Tyrant Talisman and 120,000 EXP points. You will also unlock Asura, Mithras, and Amon’s fusions.