Home Game Guides How to Complete the Keeper of the North Sidequest in Shin Megami... 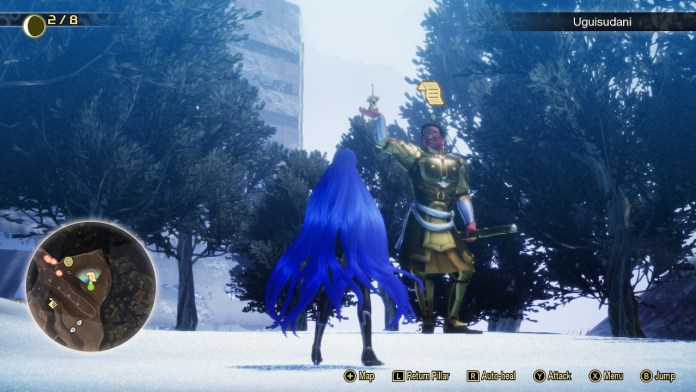 During your time in Shin Megami Tensei V, you will be fighting plenty of demons, and you will be doing this even more if you decide to take on some of the many sidequests available in the game.

Among the combat-focused sidequests you can accept in the Taito ward, the final ward in the game is the Keeper of the North sidequest. Here’s how to complete this quest with ease.

The Keeper of the North sidequest can be started by speaking with Bishamonten, who can be found, unsurprisingly, to the north of the Taito ward. The fastest way to reach the demon is to warp to the Shinobazu Pond Leyline Pond and then travel to the north. The demon’s precise location can be found on the map below.

Shortly after interacting with the demon, you will have to fight it. Bishamonten is weak against Ice and uses Fire attacks, so bring the right demons to deal high damage to the demon while resisting his attacks. Given how hard Bishamonten hits, it is also a good idea to debuff him and raise your party’s defense.

After Bishamonten has been defeated, the quest will be complete. You will get one Large Glory Crystal, Bishamonten’s Essence, and 70,000 EXP points as reward.