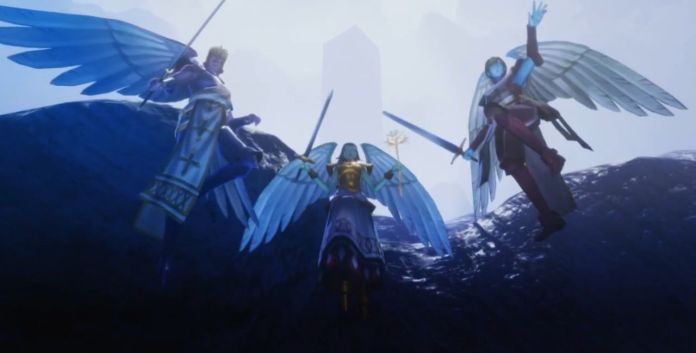 Right from the start of the adventure, Shin Megami Tensei V allows players to get out of the beaten path in search of treasure and optional content such as sidequests that allow them to get additional items that can make the remainder of the adventure more manageable.

Among the late-game sidequests you can complete in Shin Megami Tensei V is The Holy Ring sidequest. Here’s how to complete it.

The Holy Ring sidequest in Shin Megami Tensei V is started by speaking with Melchizedek, who can be found to the south of the Umayabashi Leyline in the Taito Ward. You can find the demon’s precise location on the map below.

Melchizedek will ask you to infuse a special ring with the power of the three Seraphim Uriel, Raphael and Gabriel, and the only way to do this is by taking them down in battle! The three Seraphim can be found in the eastern part of the Taito ward, as shown on the map below.

Once you reach the area highlighted above, you will have to fight all three Seraphim at once. Uriel is weak against Ice, Raphael against Fire and Gabriel against Thunder, so bring demons that can use these skills to have an easier time. Additionally, you should take out Raphael first, as he can heal his allies with Diarahan, which may end up prolonging the battle too much.

Once all the Seraphim have been defeated, head back to Melchizedek to complete the sidequest. You will get the Herald Talisman as well as 130,000 EXP points as reward. Special Fusion recipes for Uriel, Raphael, and Gabriel will also be unlocked.