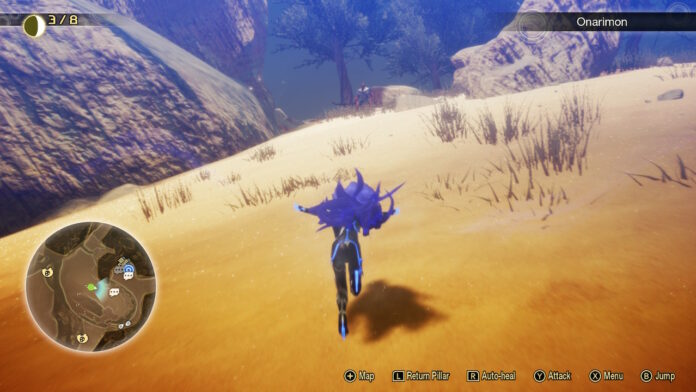 Sidequests in Shin Megami Tensei V are incredibly varied, ranging from simple fetch quests to quests where you will have to defeat some very powerful enemies.

The latter is the case of the Gold Dragon’s Arrival, a sidequest that can be started fairly early in the game but that cannot be completed until later on, due to the high level of the enemies you will have to fight. Here’s everything you need to complete it with ease.

The Gold Dragon’s Arrival sidequest can be started by talking with Huang Long, who can be summoned by heading up the mountain near the Onarimon Leyline in the Minato ward. Head to the south past the two Aitvaras, and then climb the mountain to the north. The precise location of Huang Long is marked on the map above.

After talking with Huang Long, you will have to fight against the four Gods, powerful enemies that range from Level 23 to Level 45. Xuanwu, who is at Level 23 and weak to Fire, can be found near the Kamiyacho Leyline Fount in the location marked on the map below.

Baihu, who is at Level 43 and weak to Force, can be found near the Nagatacho Leyline Fount in the location marked on the map below.

The third God, Zhuque, who is at level 45 and is weak to Ice, is found to the south of the Tokyo Tower Leyline Fount, in the location marked on the map below.

The fourth and final God, Qing Long, who is at level 45 and is weak to Electric attacks, can be found to the east of the Hamamatsucho Leyline Fount, in the location marked on the map below.

After defeating all four Gods, talk with Huang Long again to complete the quest. You will receive 30,000 EXP points and the Dragon Talisman as reward.