Home Game Guides How to Complete the A Universe in Peril Sidequest in Shin Megami... 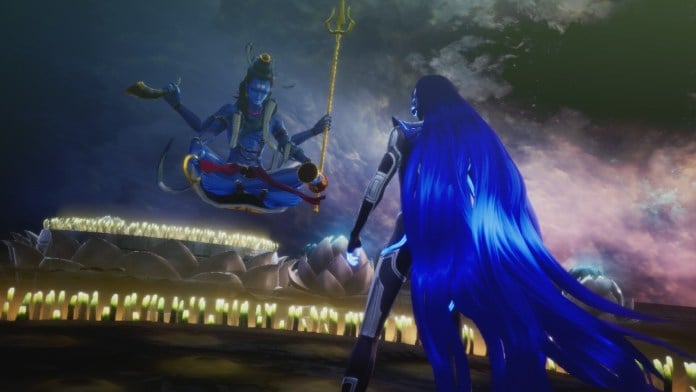 Shin Megami Tensei V features tons of optional challenges right from the start of the adventure, and the game feels much better than other similar Japanese role-playing games that are way more linear and don’t give players the chance to explore around and find something worthwhile.

Among the many optional challenges and sidequests in the game is the A Universe in Peril sidequest that will pit you against one of the strongest enemies in Shin Megami Tensei V. Here’s how to complete it.

The A Universe in Peril sidequest can be started only after defeating Vasuki as part of the main quest The Three Keys and after leveling the Nahobino to level 80. Once this has been accomplished, you will need to interact with the portal that can be found to the north of the Asakusa Leyline fount in the Taito ward. You can find the portal’s precise location on the map below.

After entering the portal, you will be confronted by Shiva, who will fight you after a short dialogue sequence. The powerful demon is weak against Ice so make sure to bring demons that can use the Bufu family of skills or any other Ice elemental skill. In addition, bring a demon who can use Dekunda, as Shiva will debuff your part with the Tandava skill. Also, Shiva will summon allies throughout the fight, so start focusing on them as soon as they appear to take them out and prevent them from overwhelming your party.

After Shiva has been defeated, you will have completed the sidequest. You will receive three units of Gospel, and 350,000 EXP points as reward. You will also unlock Shiva’s Special Fusion.