Home Game Guides How to Complete All Week One Resistance Quests in Fortnite Chapter 3... 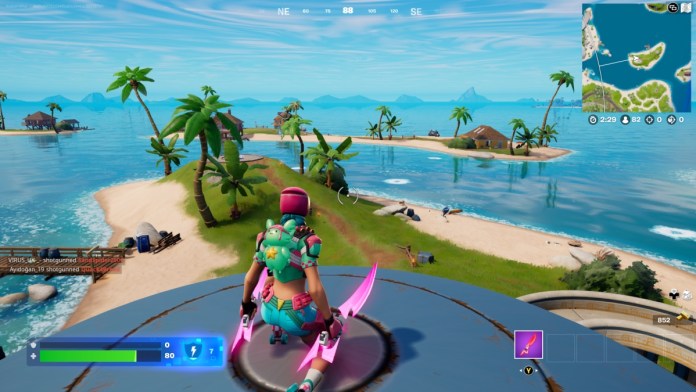 The new season has arrived in Fortnite! Join the Resistance in a fight for freedom with new gameplay including sprinting, mantling, and brand new vehicles and weapons. Extra XP can be earned by completing various quests: Daily, Seasonal, and brand new Resistance quests. All of these challenges earn you much-needed XP which players need to level up and gain Battle Stars. The Resistance Quests also guide players through the storyline, getting everyone involved in the fight to free the Zero Point, and to get building back in Fortnite. Find out here how to complete every Resistance Quest from week 1 of Fortnite Chapter 3 Season 2.

Every Week One Resistance Quest in Fortnite Chapter 3 Season 2

To start the Resistance Quests, players must first complete the Rebuilding Quests:

The device uplinks are blue virtual pins that look like the one below. To activate it all you need to do is walk through it.

The following week one Resistance Quests are available once you have completed the Rebuilding Quests:

Those are all the quests for week one! Check back at Touch Tap Play for next week’s quests when they are released. Good luck!