Home Game Guides How to Complete A Power Beyond Control Sidequest in Shin Megami Tensei... 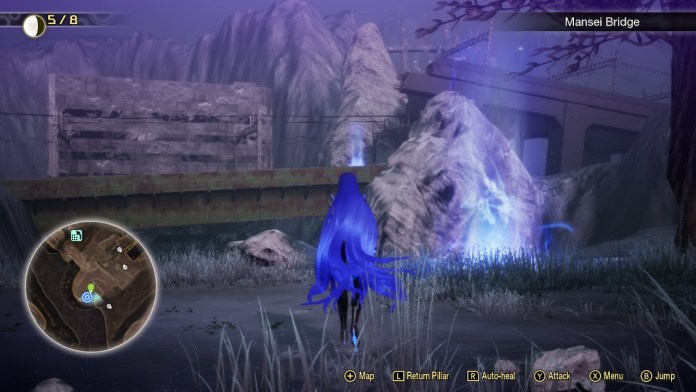 In Shin Megami Tensei V, players have the chance to take on a variety of sidequests right from the start of the adventure, but some of them only become available after certain story events have been completed.

That is the case of the A Power Beyond Control sidequest. Here’s how to complete it.

The A Power Beyond Control can be started only after defeating Surt and completing the Hellfire Highway main quest. Once this is done, you can start the quest by speaking with an Angel found near the Awajinchi Leyline fount in the Chiyoda ward. The demon’s location can be found on the map below.

After speaking with the Angel and starting the sidequest, you will need to head back to the Shinagawa ward. Warp to the Konan 3rd Block Leyline fount and then head to the east. You will need to reach the location shown on the map below.

Here, you will find Amanozako. You need to interact with her with a full moon to fight her, as defeating her is the condition to meet to complete the sidequest. Amanozako uses Electricity attacks and is weak to Fire and Ice, so bring the appropriate demons to make the fight easier.

After defeating Amanozako, head back to the Angel in the Chiyoda ward to complete the sidequest. You will receive 24,000 EXP points as well as 4 Small Glory Crystals as reward.