Home Game Guides How to Clear the Rogue Captain Floon Bounty in Ruined King: A... 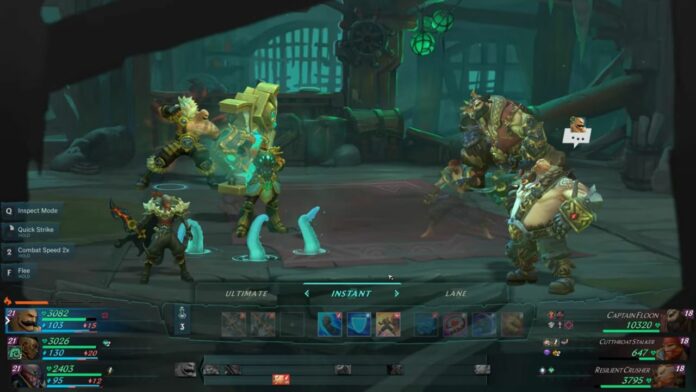 Ruined King: A League of Legends Story features a selection of combat-focused sidequests called Bounties which allow you to go after special enemies that are much stronger than your regular mobs. Defeating these enemies will allow you to get all sorts of rewards, so going after them is a very good idea if you’re looking to improve your characters without having to resort to mindless grinding.

Among the Bounties available in the game is the Rogue Captain Floon bounty. Here’s how to clear it.

How to Clear the Rogue Captain Floon Bounty in Ruined King: A League of Legends Story

The Rogue Captain Floon bounty quest can be started by picking the bounty itself from the Bounty Board in the Bilgewater Docks Harbor. Once this is done, head to Grey Harbor and proceed until you reach the building whose entrance was guarded by some enemies. As soon as you reach the area, you will have to fight the captain, so make sure to come prepared.

Rogue Captain Floon is accompanied by a Cutthroat Stalker and Resilient Crasher that, while not that strong, can get their power increased by the main boss’ Strength in Numbers buff. As such, you will want to take them out as quickly as possible. The Captain himself isn’t particularly strong, so you can employ simple strategies that take advantage of your Champions’ unique abilities to win. Pyke, for example, is extremely effective at taking out single targets, so you can make him focus on the Captain as the other characters focus on the lackeys, or on healing and support. Yasuo and Miss Fortune, on the other hand, have great area of effect abilities, so you can use them to get rid of both minor enemies at once. Use whichever strategy you prefer, and you will likely win with little to no trouble.

How to Clear the Rogue Captain Floon Bounty in Ruined King: A League of Legends Story