Home Game Guides How to Clear the Commander Ledros Bounty in Ruined King: A League... 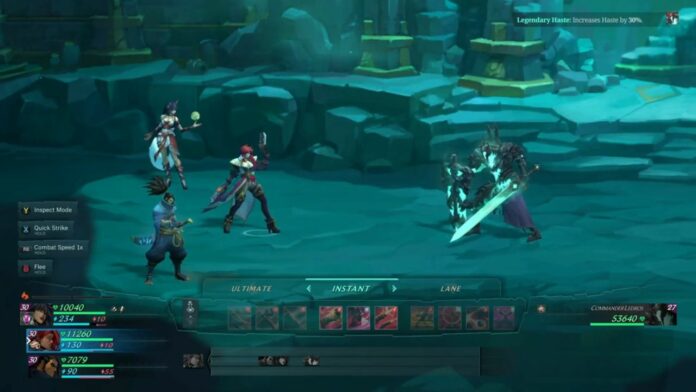 Ruined King: A League of Legends Story features a series of combat-focused sidequests called Bounties that task you with defeating some powerful enemies found all over Bilgewater and the Shadow Isles.

Among the strongest Bounties you will have to take down is Commander Ledros. Here’s where to find him and how to take him down without too many troubles.

How to Clear the Commander Ledros Bounty in Ruined King: A League of Legends Story

To start the Commander Ledros Bounty quest, you will first have to accept it from the Bounty Board in Bilgewater’s Docks Harbor. After this is done, head over to Thresh’s Library and then get to the deepest part of the dungeon, where you fought Tresh himself. Here, use the portal to get to the Sanctum, where you will find the Ruined King’s sword as well as Commander Ledros, who is now a Mistwalker.

Despite being among the late-game Bounties, Commander Ledros isn’t particularly difficult to take down. He will fight you alone, and he doesn’t have any special ability to look out for, with the exception of Guard Change which lets him reduce received damage by 50% on two different lanes. Also, he has an attack that will deal moderate damage to Champions that are at full health, so heal only when absolutely necessary.

For these reasons, you can employ some very straightforward strategies against Ledros and still emerge victorious. Deal as much damage as possible, apply debuffs and you will eventually take him down. Once this is done, head back to the Bounty Board to claim your reward.

How to Clear the Commander Ledros Bounty in Ruined King: A League of Legends Story