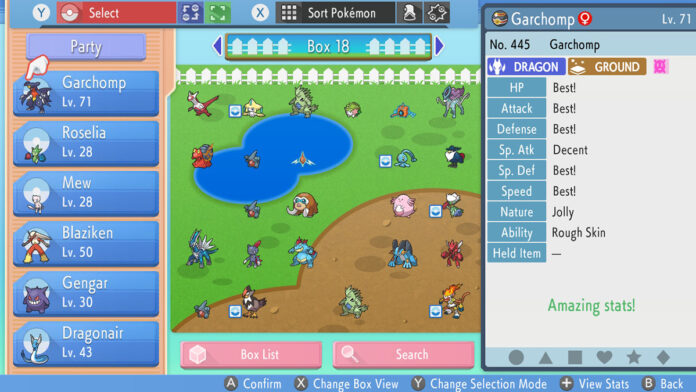 While they don’t factor enormously into your average playthrough of Pokemon Brilliant Diamond and Shining Pearl, IVs are a huge factor in raising competitive Pokemon after you’ve beaten the game, regardless of whether you plan to challenge the Battle Tower or fight against other players. So, how exactly do you check IVs in the Sinnoh remakes?

“IV” is short for Individual Value, a fan term for six hidden values for each of your Pokemon that effectively gives them between 0 and 31 extra points in each of their six stats. These extra points can actually be a pretty big deal, as when two otherwise identical Pokemon fight, a superior speed IV can make one of them attack first on every single turn. Similarly, extra points in other stats can make the difference between a one-hit KO and a two-hit KO.

IVs are determined when a Pokemon is caught or hatched and can only be scaled up to 31 by giving a bottle cap to a special training NPC after the Pokemon has reached level 100. Furthermore, it’s impossible to lower IVs, so if you want an especially slow Pokemon, it will need to have a low speed IV from birth.

How Do You Check IVs?

While fans have devised calculators to view possible IV ranges for any given Pokemon, the more recent games have added mechanics to check your critter’s stats more easily and effectively.

In Brilliant Diamond and Shining Pearl, you can only unlock this feature after you beat the Pokemon League Champion and make your way to the Battle Tower. In the tower’s ground floor, a man in the northeast corner of the room will add the Judge Function to your PC boxes. Once you’ve acquired the Judge Function, simply go to a PC box and press the + button while viewing a Pokemon.

This will give you a list of values like “no good” or “best” for each stat. These appraisals denote the following actual IV values:

That’s all there is to it! Unlock the Judge Function by talking to a man in the Battle Tower, then press the + Button while viewing a Pokemon in the PC to see its IVs!