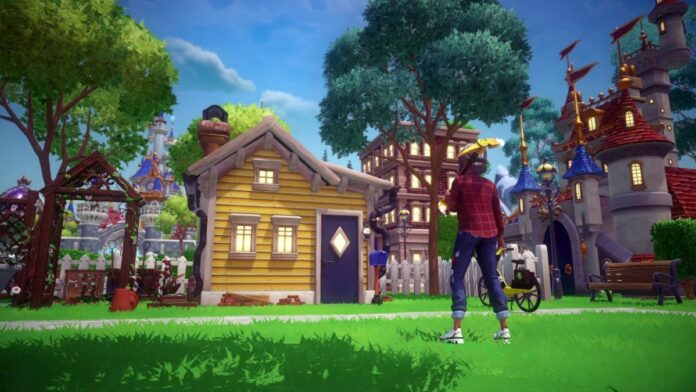 From cooking, mining, fishing, gardening and lots more, the game has a ton of activities that’ll keep you playing for hours. Then there’s a host of Disney and Pixar characters that you’ll not only get to be neighbours with but you can befriend as well.

How to Change your Pet in Disney Dreamlight Valley

There are lots of customization options as well as interesting sets of mysterious quests you have to solve in this exciting life sim. So if you have pets and are wondering how to change them, we got you covered.

The game’s main storyline will see you striving to restore the Dreamlight Valley to its former glory and end the encroaching dark force known as the Forgetting. Once you’ve been acquainted with Merlin, you’ll get to learn the game’s basics as well as discover your magical powers.

You’ll have to clear the Night Thorns from the world and find a way to help the Disney and Pixar characters who have sought sanctuary in the valley’s Dream Castle. Each character in the game will have their very own narrative arc with some quests to go with it. There are magical doors in the Dream Castle that’ll allow you to leave the valley and head into different Disney realms.

There are puzzles and other activities you’ll need to complete in order to rescue some of the Disney and Pixar characters such as Moana. Disney Dreamlight Valley will be released as a free-to-play game for PC, PS5, PS4, Xbox Series X, Xbox One, and Nintendo Switch.

How to Change your Pet in Disney Dreamlight Valley