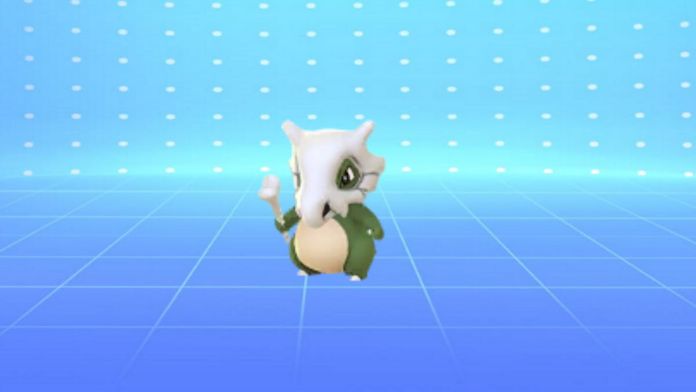 Cubone, the cute but deadly little skull Pokémon, is one of the more popular Pokémon from the original generation. Needless to say, lots of people want to get its shiny form, especially now that the Alolan evolution has been added to Pokémon Go. Today, we’ll show you how to catch a shiny Cubone in Pokémon Go!

Cubone is a humble little Ground-type Pokémon with basic stats, which makes sense considering it’s a base form Pokémon. With the addition of the Alolan Pokémon, Cubone now has two evolved forms to choose from.

That brings us to Cubone’s shiny form, which was added into the game on November 5, 2018. Since Cubone is a base level Pokémon, its shiny form is a lot easier to catch than raid-exclusive shiny Pokémon.

To find and catch a shiny Cubone, just keep hunting for them in the wild and hope that you get lucky. If you know of any nearby Cubone nests, it’s best to check there for increased Cubone spawns.

Speaking of which, right now is actually a great time to go hunting for shiny Cubones! Pokémon Go is having its annual Día de Muertos celebration, as part of the Day of the Dead event. During this event, certain Pokémon have increased encounter rates in the wild and from Incense and Lure Modules, with Cubone being one of them.

Related | How To Catch A Shiny Druddigon | Pokemon Go

Start hunting for them now, because the Día de Muertos ends tomorrow on November 2, at 8 PM local time. That means you’ve only got one more day to hunt down a shiny Cubone, so get to it!

In addition to increased wild Cubone encounter rates, there is also a Field Research event task to make a great throw, as a part of Día de Muertos. The reward for doing this is an encounter with a stronger Cubone, so don’t miss out on that.

If you miss out on this event, or you can’t play for whatever reason, don’t sweat it! Just keep an eye out for future events where Cubone is involved, as you’ll have another shot. A Spotlight Hour is something to keep watch for.

That concludes our guide on how to catch a shiny Cubone in Pokemon Go. If you have any other tips or questions, let us know in the comments below!

How To Catch A Shiny Cubone | Pokemon Go