Home Game Guides How to Become an Animagus in Harry Potter: Hogwarts Mystery 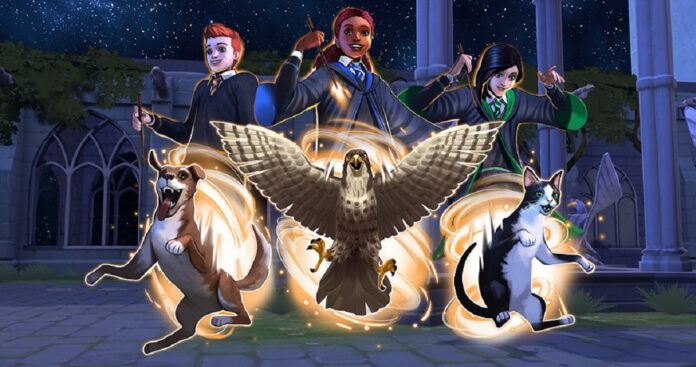 One feature introduced in the books and movies was that of being an Animagus. In Hogwarts Mystery, players have a chance to become an Animagus themselves, following the questline that makes it happen.

Animagi (plural form) are wizards or witches that can perfectly transfigure themselves into an animal form of their choosing. Being an Animagus has its own advantages, such as having a high sense of smell (canines) or flying (avians). To become one in Hogwarts Mystery, players will have to follow a certain questline that will get them there.

The Animagus Questline aptly named “Become an Animagus!” can be split into 4 major parts. Each part has its own subplots till the player reaches the end. As with any event quest, there is a timer to finish these. The entire questline must be completed within 3 days.

*In Part 3, Quest 3, these are all of the answers to the Gobstones game:

Finishing this questline will let the player acquire an Animagus form of their choosing, either a bird, cat, or a dog, as well as an achievement for the completion of the questline.

How to Become an Animagus in Harry Potter: Hogwarts Mystery