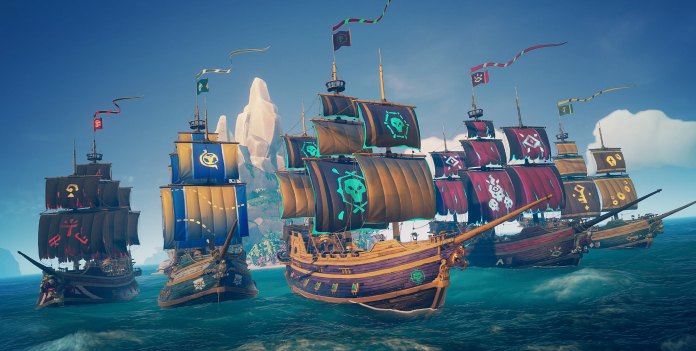 No secret that Captian plays the central role on any ship, and pirates’ ships are no exception. And one of the foremost things that are a must-have for any captain is experience. However, how is it in Sea of Thieves? By reading this guide, you will find out how to become a captain in Sea of Thieves. So, no time to lose. Let’s get started!

Becoming a Captain in Sea of Thieves

Until the recent update, there was no role of captain in Sea of Thieves. Any player could act as a captain. In multiplayer mode, people have been choosing a captain by voting. However, it was not supported in the game. Captain has not differed from other crew members.

But in the recent update, a captain role was added to Sea of Thieves. You can officially take this role and have your crew. But before doing it, ensure you are responsible enough to do it. Also, being a captain requires a lot of resources.

Related: Sea of Thieves: How to Sell Your Emissary Flag

And all you need to become a captain is to buy a ship in the store. Currently, there are only 3 sheep that you can purchase. The first one is Sloop, and it costs 250,000 gold. It is the cheapest ship. The second one is the Brigantine, and this ship costs 375,000 Gold. The third and the most expensive is Galleon, which is cost 500,000 Gold. Undoubtedly, many new ships will be added in further updates, but you need to wait.

In conclusion, becoming a ship captain in Sea of Thieves is a rather interesting feat. You can name your ship, customize it as you want, and even make your crew. However, you need a lot of experience and gold to manage the ship correctly. That is how it is. Thank you for reading the guide. Hope you find it helpful!

How to Become a Captain in Sea of Thieves