Home Game Guides How To Beat Werewolves in The Witcher 3 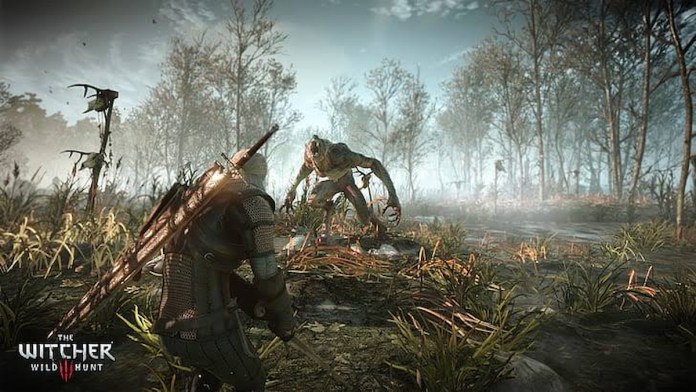 The Witcher is easily one of the most brilliant open-world games ever released. And apart from its gigantic open world that’s filled with different characters with varying degrees of personalities, the game also has many types of monstrosities that you must battle.

The game’s protagonist Geralt of Rivia who’s also known as Witcher, must fight and slay dozens of monsters throughout the lands, many of which can be very challenging like Werewolves. It’s a natural fact that werewolves hunt in packs, rather than alone. And that’s how it is in The Witcher as well. So in this article, we’ll be guiding you on how to beat Werewolves in The Witcher 3.

How To Beat Werewolves in The Witcher 3

While they’re not that powerful compared to other behemoth monsters in the game, werewolves are fast and can keep you fighting for an extensive period before finally putting them down, sometimes.

Also, these werewolves are able to heal themselves of damage dealt to them almost instantly, so it’s like the more damage they take, the faster they heal. In this case, Geralt must rely on certain items or abilities to take down werewolves or lycanthropes.

One of the items that’ll definitely come in handy when battling werewolves is Moon Dust and Devil’s Puffball bombs, both of which are excellent at suppressing the werewolves’ abilities as well as dealing extreme damage to them.

Another very helpful resource to use against werewolves is fire! Just as the Bestiary will tell you that werewolves are weak against fire. So you ought to use Igni on them to increase your chances of defeating them. Since Quen mitigates just about all the damage you take from a Werewolf attack, it can come in handy when you’re low on other items such as oil and bombs.

So when facing a werewolf, be sure to use Igni to create a fire which should put the werewolf down for a few seconds and allow you to deal some heavy damage using your sword. It won’t take long for the werewolf to regenerate health, which is also when you ought to change your attacking style as well.

And without Moon Dust, you won’t be able to stop the werewolf from healing itself, so you’ll have to kill them as fast as possible using Quen. Attack it with every opening you get and you should put it down in no time. Best of all, be sure to go into the fight with everything you’ll need from Igni, Moon Dust, Quen, and even food to regain your health.

The werewolf in The Witcher 3 is one of the toughest enemies that Geralt will face, mainly due to their ability to regenerate health. As aforesaid, there are lots of monstrosities in the game but werewolves are the first that’ll likely prove to you that indeed, based on your difficulty level, The Witcher 3 is a hard game.

How To Beat Werewolves in The Witcher 3