Home Game Guides How To Beat: There Is No Game – Guide 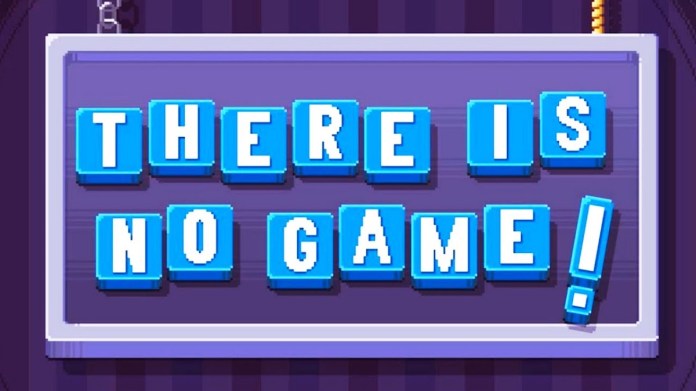 There Is No Game is a puzzle game with a twist! Originally a game created for a competition, this winning formula captured the attention of gamers who now cannot wait to try to finish it themselves. The game has the classic humour of other Kamizoto titles, so anyone familiar with their work will be happy to pick this one up as well. Check out our guide below to find out how to beat There is No Game – guide!

All Answers to There Is No Game

There Is No Game is available to play for free via the Google Play store or Apple App Store, or online. When playing There Is No Game, do not forget to have your sound on and turned up, it is much better with narration! Here is the walkthrough in case you get stuck while playing:

Play ‘Breakout’ by moving the platform side to side, and making the ball bounce off and hit the blocks to destroy them. Win the game and trophy will appear. Drag the trophy to the right of the screen to take you back to the main area.

That’s all for this funny puzzle game.. Sorry, NOT a game. There is no game… Good luck.

How To Beat: There Is No Game – Guide