Home Game Guides How to Beat the Secret Boss in Chrono Cross: The Radical Dreamers... 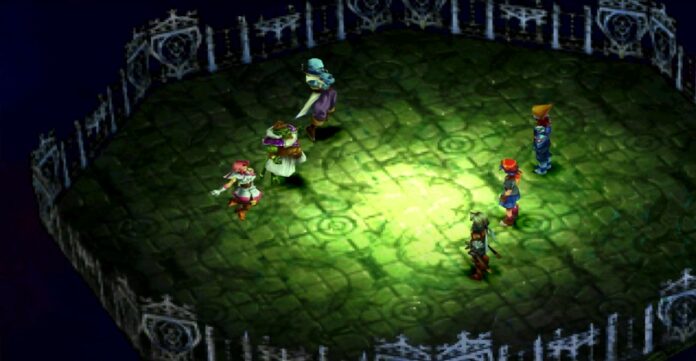 Chrono Cross: The Radical Dreamers Edition is far from being the most challenging Japanese role-playing game ever made, but this doesn’t mean that some of the game’s bosses won’t put your combat skills and knowledge of the game’s mechanics to the test.

Among the most powerful enemies in Chrono Cross: The Radical Dreamers Edition are three old acquaintances that fans of Chrono Trigger will instantly recognize. Here’s how to defeat them without too many issues.

How to Beat the Secret Boss in Chrono Cross: The Radical Dreamers Edition

After completing Chrono Cross: The Radical Dreamers Edition once and unlocking New Game Plus mode, you will gain access to some additional features, including the ability to challenge Magus’ former henchmen Ozzie, Flea, and Slash in the Bend of Time. Each one of them is particularly powerful, and the fact that you will have to take all three of them on at the same time only makes the battle even more challenging.

For starters, you will want to check out your Elements setup before starting the battle. As Ozzie’s innate Element is Green, Flea’s Red, and Slash’s Blue, you will want to bring as many Yellow, Blue and Red Elements as possible to deal extra damage to all three of them.

As the battle starts, you will want to focus on Ozzie first for a few reasons. Not only he can hit very hard with both physical attacks and elements, but he can also use a special skill called Max Defense that makes all three enemies evade all attacks for a set amount of time. As there is no way to dispel the effects of this skill, you will have to wait until its effects run out. For this reason, you will want to take out Ozzie before he can use this skill to prevent the fight from dragging on for too long.

Once Ozzie is out of the picture, the fight becomes more manageable. After the leader has been taken down, you will want to focus on Flea next, as he can use a skill called The Stare which confuses your entire party. Go at him with physical attacks while continuing to heal when needed, and he will go down as well.

With two of the three enemies defeated, taking down Slash will not be particularly difficult. Use Elements against him and he will soon go down as well. As rewards for taking these powerful enemies down you will get the Ozzie Pants, Slasher, and Dreamers Sash items, items that you should remember if you have played Chrono Trigger, as they are the same items that could be stolen from them back in the classic game.

How to Beat the Secret Boss in Chrono Cross: The Radical Dreamers Edition