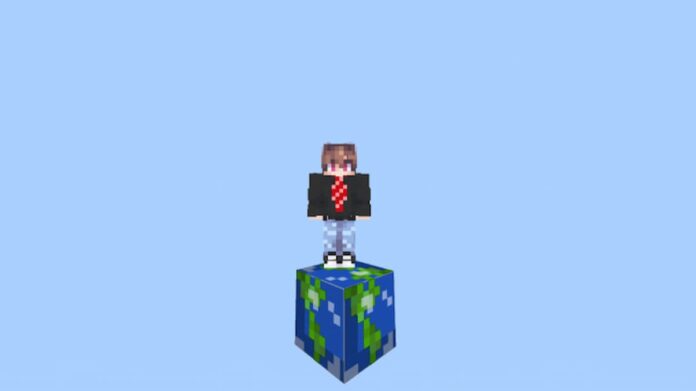 Minecraft was released over a decade ago but continues to be one of the most successful and popular games. Players who get bored of the vanilla gameplay can install mods to make the game more fun. One block mods are pretty popular among Minecrafters, and this guide will help you beat the One Earth Block Minecraft mod.

One Earth Block mod is similar to other one block mods. The player spawns in a world with only one block in this mod. Interestingly, this block resembles the Earth and can provide almost all items available in the game. Judging from its texture, players can consider it a compressed version of the Earth.

Like other one-block mods, the goal is to survive in the skyblock setting. Players can mine the earth block to get random items. Do not worry about the earth block breaking down as it will keep getting regenerated again and again.

In One Earth Block Minecraft mod, the final goal is to go to the End dimension and beat the mighty Ender Dragon. However, as it is a skyblock world, this mod has no stronghold. To get to the End dimension, players will have to build an end portal using end portal frames and activate it using the eyes of ender.

Going to the End dimension

Entering the portal will take players directly to the End dimension. Players should get some powerful weapons and armor from the earth block as it can drop any block or item. With overpowered gear, beating the One Earth Block mod is easy.

Related: How to Download and Use the Spellcraft Minecraft Modpack

How to Beat the One Earth Block Minecraft Mod