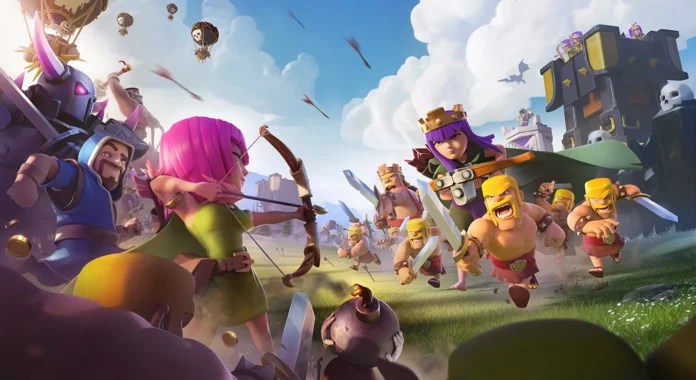 The new Clash of Clans season is mostly about the Shadow theme that embraces a darker and more sinister style unlike the traditional tone of the game.

While the new season brings new appearances like the Shadow Queen skin and a new Shadow scenery background, it also comes with new interesting challenges. So in this article we’ll be guiding you on how to beat the Shadow Challenge in Clash of Clans.

Beating the Shadow Challenge in Clash of Clans

This new challenge revolves around recreating a matchup from the Clash of Clans eSports Worlds Warm-up Finals. You’ll have to make use of M.S. GAKU’s troops composition while attacking PSW’s base. The challenge also show you the aforementioned shadow scenery background as well as the Shadow Warden skin.

So to complete this challenge, your Grand Warden needs to be set to ground mode. Afterwards, you’ll need to set the Archer Queen above the gold mine and place the Healers right next to her. Then grab your three Sneaky Goblins and place one near each of the three Elixir Collectors at the top.

The tree Balloon should move towards the Hidden Tesla at the upper right corner of the base. A Battle Blimp should go just right from 12 o’clock top corner as well. You should use the Battle Blimp to destroy the Eagle Artillery.

Afterwards, grab two Wall Breakers, place one next to the Multi Mortar on the right and place the second towards the single Mortar on the left wall. At this point you should be able to use Rage on your Archer Queen, which you should. Then use the opening on the north and send both the King, the Grand Warden and the Royal Champion towards the Hidden Tesla (in that order).

That’s the core opening setup you need to follow. Now for the second part, create an Archer Queen funnel with Balloons, Battle Blimp, and Super Goblins from the Siege Machine’s side. To clear the enemy’s clan castle Lava Hound and other troops, use the Rage Spell on the Queen.

To destroy the center of the base, use the Royal Champion, Barbarian King, and Grand Warden, as well as the Invisibility Spell. Then attack the defenders and heroes with all of the Hog Riders and Wizards, as well as Headhunters.

Put your Freeze Spells to use on the Town Hall to aid heroes and hogs in the destruction of the structure. Use Rage Spells and Heal Spells on Hog Riders now to boost their attack power.

How to Beat Shadow Challenge in Clash of Clans