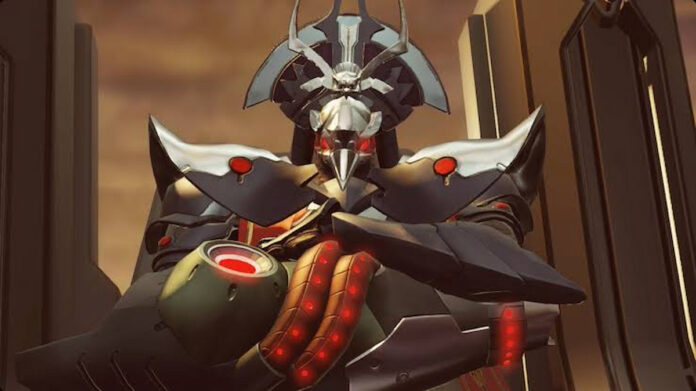 Raven Beak is one of the toughest adversaries that most gamers will battle several times and fail to kill or subdue. This final boss in Metroid Dread isn’t easy to master at all as he is tougher than even the likes of Golzuna, Kraid, or Escue.

The fascinating thing about Raven Beak is that he carefully observes your movements and will utilize your slightest missteps to his advantage and punish you with an encounter.

So in this brief but detailed guide article, we’ll be showing you how to defeat Raven Beak and live up to the game’s very own hint that states that “No attack is unavoidable.” So without further ado, let’s get into the guide.

At the first phase, Raven Beak will start off the battle by going head-to-head with Samus on the ground, and with him will be a glowing aura all over him as the fight goes on. Also, note that when Raven Beak starts to glow orange or gold, then that shows that his armor is unaffected regardless of the attack you throw at him.

At this point your only choice is to use your wits to stay alive long enough to utilize the next opening. He will usually charge up his arm cannon and attempts to blast you with a slow-moving purple orb that you can destroy with four missiles. Alternatively, you can put your charged beams to use if you run out of missiles.

When Raven Beak raises his arm cannon in the air and fills up majority of the screen with a laser field that quickly deals damage to you overtime as you remain inside of it. When Beak raises his arms, quickly run up to him and remain in the safe area in front of him. At this point, he is vulnerable which gives you the chance to fire missiles at him.

Executing this attack always follows the laser field and Raven Beak will use it on its own occasionally too. He will go on to swipe at Samus with three instant lunges, all in one direction. To avoid this simply jump over the first swipe and use a flash shift to get past him and evade it.

Oftentimes Raven Beak will teleport or jump to one side of the arena and bring back his hand before instantly lunging at Samus to gut-punch her.

Immediately after his hand starts flashing red, get ready to counter with a melee. If execute that successfully, you’ll progress to an interactive cutscene where you hit Raven Beak with tons of missiles as he attacks you.

Shortly after, he’ll charge up a massive beam that takes up most parts of the screen and just before he releases the beam, you’ll start seeing the path. At this point, head into morph ball mode to protect yourself from the attack and at the same time preparing yourself for a melee counter right after.

After he has taken just about enough damage, Raven Beak will halt the battle in order to extend his wings. In this stage of the fight, all of his attacks will be aerial. However, he does little to nothing in protecting himself against attacks, making his armor vulnerable, so don’t hesitate to aim and fire your storm missiles at him at the slightest chance.

Note that he will often center himself directly above Samus, followed by a massive foot stomp that’s aimed straight down. Simply time his time and Flash Shift to evade the attack.

Afterwards, Beak will aim a red laser at Samus and release tons of heavy fire laser blasts. If you’ve mastered the space jump by now, good, because it’s the only way you will be able to evade the laster blasts unharmed.

Samus will need to jump in circles around Raven Beak while he’s concentrating his fire on you. Beak will often use the laser blast attack twice in a row.

Raven Beak will often aim diagonally downward at Samus and at the same time he’ll discreetly charge his arm cannon. This is soon followed up with a huge laser blast that can deal you massive damage. As soon as you notice him behaving oddly, Flash Shift to the right or left to evade the blast.

After Beak has taken enough damage from Samus, he’ll stop his aerial attacks and return to the ground and revert back to using the same attacks he was using from the first phase.

This time he only adds a single new move to his move list, and this time he is more aggressive when executing each move with a shortened time between moves as well.

With this new aggressive state, Raven Beak will charge his arm cannon and release a giant sun ball aimed toward the upper part of the screen. Be careful not to leave it on the screen too long because if that happens, you’ll have to deal with the energy waves that comes with it whilst struggling to evade Beak’s non-stop attacks.

So first off, you must destroy the orb by dropping into a morph ball and drop a Power Bomb. This will destroy the orb and force Beak into executing his next wave of attacks.

If you are able to deal enough damage to Raven Beak in this third phase, it will initiate another interactive cutscene consisting of two melee counters. If you succeed with both, you will end the battle and defeat Raven Beak.

The final phase consists of mostly cutscenes but afterwards, you’ll have the opportunity to deal one last damage to Raven Beak by holding the fire button which will see the battle come to an end.

After you’ve successfully defeated Raven Beak, you’ll have to make your way back to your ship on time. This time you won’t be fighting any opponents but you’ll be avoiding obstacles instead. While you are running, hold the fire button to destroy any obstacle in your path.

And lastly, sliding whilst holding the fire button will also destroy any breakable obstacle or blocks on the ground close to your feet. After you’ve made it past the obstacles and arrived at your ship, you’ve completed the game and the galaxy is saved once again.