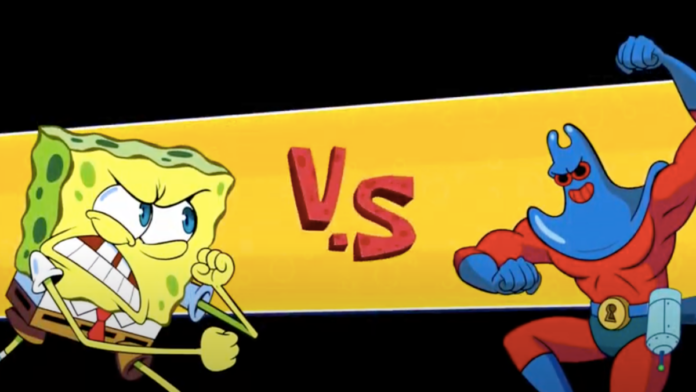 Man Ray is one of the bosses to beat in Spongebob: Patty Pursuit. In the original cartoons he is the arch-nemesis of Barnacle Boy and Mermaid Man, but in this platform fighting game it is Spongebob who must defeat him! He appears in the Carts Mania level in Glove World, hanging from an anchor on some tracks. Man Ray throws toxic bubbles at Spongebob, which will need to be dodged or destroyed. Find out how to defeat this villainous villain below!

How to Beat Man Ray in Spongebob: Patty Pursuit

Man Ray throws out bubbles of toxic gas which players can smack right back at him using the Dash move.

It may be tempting to avoid Plankton’s cousins who are by the stalls but it is best to dash through them. This way you get to deflect a bubble or two at Man Ray as you come out the other side.

When Spongebob is hanging from an anchor and travelling along a track he must kick at the bubbles to deflect them at Man Ray.

Next Spongebob has to jump and kick to reach bubbles being thrown his way and deflect them towards Man Ray.

You have four chances during this last section along the stalls to kick at bubbles. The final bubble should win you this level!

Man Ray is defeated when hit by 8 bubbles in total so you don’t have to deflect every one that he throws you way. Just make sure to avoid the dangers and smack any bubbles coming your way! If you need help mastering all the moves available just follow our guide right here.

How to Beat Man Ray in Spongebob: Patty Pursuit