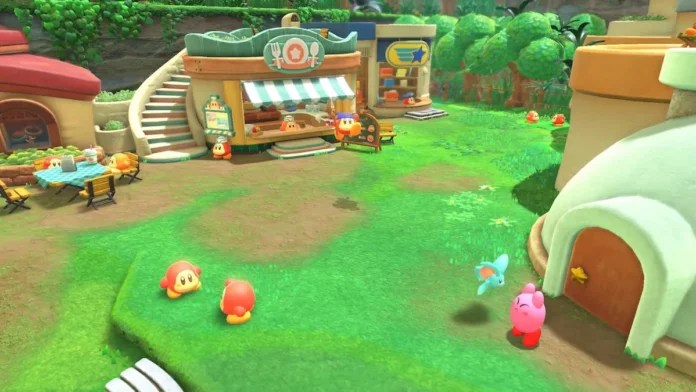 The Kirby series has hit massive levels of popularity over the years due to its fun gameplay mechanics and quirky characters. Today, we will be talking about one of those characters, namely Leongar.

Leongar, titled King of the Beasts, is a boss in Kirby and the Forgotten Land as a member of the Beast Pack. He is the second boss of the Redgar Forbidden Lands.

This boss battle takes place in two phases. Initially, the fight starts off with Leongar sending out beasts against Kirby until eventually Leongar himself will join the fight.

Leongar uses a double claw swipe that produces stars, which Kirby can hit him with. He will also follow these two swipes with a double-fisted ground hammer attack on occasion. He also lunges at Kirby, which upon missing, will lead to his claws getting stuck in the floor. That would be the best time to counterattack.

Leongar’s final attack in this stage is a huge AOE attack that causes ripples of damage to spread out.

Leongar will become enraged and surrounded by a purple energy aura. He has new attacks in this phase, such as two different laser attacks. The smaller X-shaped laser can be avoided with careful jumping. The big laser will require Kirby to run and slide away when Leongar starts charging it.

Leongar’s biggest attack in this phase is an electrified charge attack. This can be avoided by moving to the side when he starts charging at Kirby. The best windows of attacks players can get on Leongar is during the brief period between attacks where he does nothing. We wish you the best of luck!

How to Beat Leongar in Kirby and the Forgotten Land