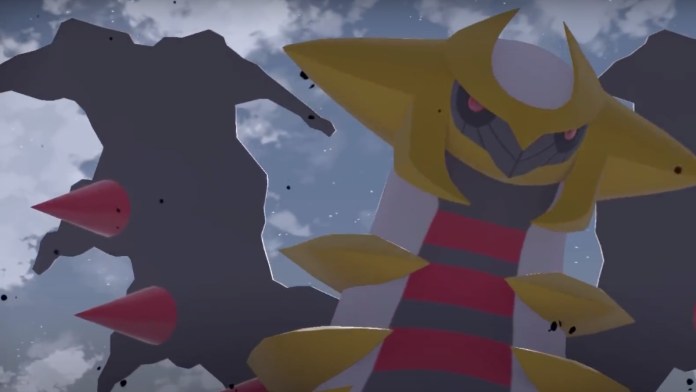 In Pokemon Legends Arceus, the bosses are challenging but fair. Unfortunately, that fairness ends when you encounter Giratina, the legendary who comes from the shadows. As the hardest fight in the game, you definitely have to be prepared to battle him or you’ll get wiped out pretty quickly. Fortunately, there are some ways you can come out successful. This is how to beat Giratina in Legends Arceus.

Where You Fight Giratina

RELATED: Where to Find Giratina in Pokemon Legends Arceus

The problem with this fight that makes it so difficult is not the demon daddy himself, it’s what you have to do before you encounter him. The sequence is a high-difficulty trainer battle with the human boss which is followed by the appearance of Giratina, with no chance to heal in between. Once you beat him, you’ll unlock the quest to catch him as well.

What Skills You Need

To beat Giratina, you need to bring Pokemon which are strong enough to stay alive for the duration of the first fight. Make sure they are all least between levels 65-70. The key to this is not strength, but endurance. You need to have a Fairy type that can use Draining Kiss so that it can keep itself alive long enough to fight Giratina. This is particularly important because you’ll be fighting him twice, one in each of his forms. In the second fight, he’ll immediately regain his full health, leaving you to redo the entire fight.

The Best Pokemon To Bring

Some of the perfect choices to battle him are Togekiss and Sylveon because they can endure themselves and are strong to his Dragon typing. Togekiss in particular works well because it has high special attack and defense. If you don’t want to go through the process of raising one from scratch, there is a flying one in the Obsidian Fieldlands you can catch and level up.

If you have Spiritomb, that can work too, as Spiritomb has few weaknesses and can counter his Ghost typing. Alolan Ninetales would come in handy for this too because it a double advantage as a Fairy and Ice type. Any tanky Fairy, Ice, Dark, Dragon or Ghost Pokemon who can regenerate their HP will work perfectly for this.

Overall, as long as you have Pokemon who are self sustaining, this Giratina fight will be a breeze!

How to beat Giratina in Legends Arceus – Best Giratina Counters