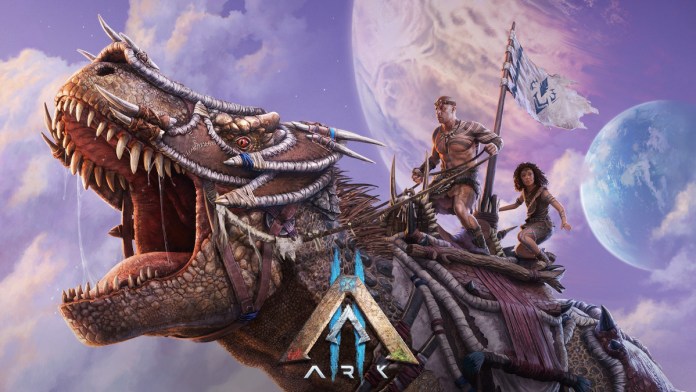 Find out how to beat the Dinopithecus King! A boss in the ARK: Survival Evolved expansion map, Island Lost! Everything that you need to know about this particular boss fight is right here.

The enormous Dinopithecus King towers over even Tyrannosaurus Rex or Megapithecus in height. He has a skull helmet on his head that looks like the Rex Bone helmet skin and has feathers sticking out of the top. He has Amargasaurus spikes, enormous claws, and leaves as arm braces.

The boss is at the bottom. Before you begin the combat, ensure you have brought the entire group inside. When the battle starts, a force field will block the entrance. Some tames could be transferred inside, while others won’t (if left outside).

The Dinopithecus King will strike as soon as the battle starts by coming down from his cliff. He will call in hordes of Dinopithecus to assist him. Some of them will be riding Amargasaurus or being carried in the air by Sinomacrops.

Infested grenades can be used to pacify the monster when it periodically leaps to the top of the neighboring cliffs to assault the players. He will ultimately return to the earth and deliver a devastating blow. Similar to the Dragon, the Dinopithecus King has a biting attack that progressively drains 20% of whatever dino it strikes.

It is crucial to understand that because the Dinopithecus King is situated atop one of the nearby cliffs, you must pay close attention to where you are standing in the arena.

You run the danger of getting dismounted from the king’s smashing assault and landing in an advantageous position for him to finish you off with a subsequent attack if you happen to be in the area where he decides to leap back down.

If you are with others in a group, be careful to let each other know where he is landing to avoid this. A nimble mount, such as your own Dinopithecus, or a mount that completely forbids dismounting, such as a Stegosaurus, would be helpful if you were to battle alone, in order to evade the king.

It is advisable to eliminate the Dinopithecus King as soon as you can because of its ability to cause your tames to suffer damage over time with a percentage-based impact.

Rex and other powerful dinos can be sent in to attack the monster in large numbers. If you don’t take advantage of his weak times, the struggle may drag on for a very long time.

Allow your tames to handle the hordes of Dinopithecus and Amargasaurus if the monster is on top of the cliffs hurling explosives before he leaps back down.

It might be useful to bring a high-quality ranged weapon, such as a Pump-Action Shotgun, to kill Sinomacrops or harm the boss when he is above you.

The following are the best tames to have in a battle against the Dinopithecus King.

Keep in mind that the order of the tames is random. That’s all for our ‘How To Beat Dinopithecus King – ARK: Lost Island Boss Fight’ post If you enjoy this game, also check out: