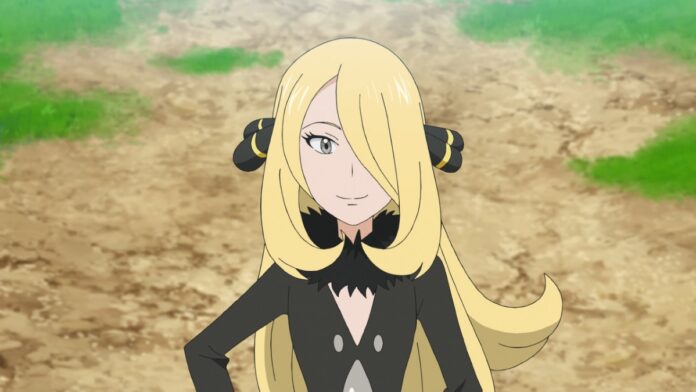 Cynthia is unarguably the most difficult champion to beat out of any when it comes to Pokemon games. In Brilliant Diamond and Shining Pearl, she’s no different. Her motley team comes with every single counter for the strategy you’re thinking of. If you think you’ve got the ultimate method, Cynthia’s probably got three counters for it. However, it’s not impossible if you play your cards right in battle.

The Best Moves To Counter Cynthia

You’re going to want to bring Pokemon to this fight who have moves that can do long-term damage. This means moves that inflict damage over time, such as blizzard, stealth rock, and toxic. It may not seem like much of a difference when she’s one-hitting your pokemon and using full restores, but if the timing is right, it can really make or break how a battle goes.

In addition, buffing moves that increase attack and defense like Calm Mind and Swords Dance will be really helpful to give you an edge against Cynthia’s well-trained team. They aren’t crucial in most of the game, which is how you can easily forget about them. You definitely shouldn’t do that because Cynthia’s fight is very difficult to just wing, as it is structured very differently than anything you’ve faced so far. In other words, as your party learns new moves, don’t replace all your support moves with attack moves.

The Best Pokemon To Bring

Unlike other past champions who sometimes favor one type of Pokemon, Cynthia’s six Pokemon team is comprised of all different types, which makes it more difficult to gauge what you should bring. The most important thing here is to bring a team with a variety of types and skills.

You want to make your team of choice diverse, but at the same time choose Pokemon that can handle more than one. For example, electric types aren’t the best here because even though Cynthia has a water type Milotic, she has two ground types on her team, which electric is weak to.

Bring Pokemon who have fairy type moves because a few of her Pokemon are weak to fairy, particularly lucario, garchomp, and spiritomb. A good choice would be Blissey. Blissey is a strong normal-type Pokemon that learns self-sustaining moves that can keep it alive for a long time in battles. It has very high HP, which makes it tanky in long fights.

You can get an egg of Blissey’s smallest form, Happiny, from the Hiker on route 209. Evolve it into a Chansey by leveling it while it’s holding an oval stone, and then raise its friendship to evolve it into a Blissey. Its ideal moves are dazzling gleam, calm mind, healing wish, and egg boiled.

Another good choice to bring would be Roserade, as many of the Pokemon on Cynthia’s team are weak to grass types. Roserade can also regenerate their own HP using Giga Drain, an attack move that absorbs the life of the target. Grass Knot will also work very well if the target is heavier than the user is. Proceed with caution if you are using Roserade or any grass type, as Milotic knows ice beam, which grass is weak to.

Bring in Pokemon to fight that have moves that are effective against Cynthia’s Pokemon, but have typing that isn’t weak to all of their typing. There are many Pokemon who can learn moves that aren’t their type. For example, Floatzel is a pure water type but knows ice beam. This could possibly make it effective to fight against Garchomp because it will work on both their dragon and ground typing. If Floatzel knows blizzard, that’s even better for long-term damage.

What Items To Bring Into The Battle

No matter what method you do or don’t go into this fight with, you should be prepared with potions and revives. No, it doesn’t make you weak, it’s saving yourself a headache and possibly a rage quit. Even if you grind and grind and grind until you’re overleveled, it doesn’t change the fact that the composition of Cynthia’s team is simply more polished than yours is by default. No matter what you do or how you fight, you’re a common pack mule trying to win against a professionally bred racehorse in this situation, so please do not feel ashamed to heal yourself.

Cynthia’s team is powerful, but with the right methods, you can become the new champion of Sinnoh in no time.

How To Beat Cynthia in Pokemon Brilliant Diamond and Shining Pearl