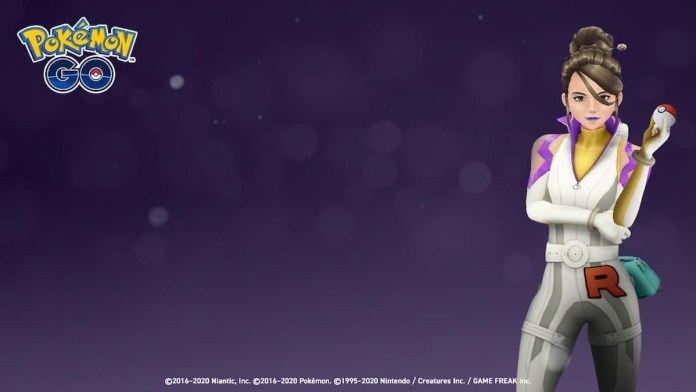 As one of the Rocket Go leaders, Sierra is someone you’ll periodically come across when playing Pokemon Go. Out of all three leaders, she’s probably one of the easier ones you’ll face. Still, if you aren’t prepared to face her, she is very capable of one-shotting your team. Here are the best tricks for defeating her. Note all, her Pokemon will be Shadows.

The first Pokemon she’ll toss out will be a Drowzee. As a Psychic-type Pokemon, Ghost, Dark, and Bug Types are its main weakness, so make sure to have one of these on your team. The Rocket Go leaders are difficult compared to regular Rocket Grunts because they will use all of their shields when hit with charged attacks. Therefore, you’ll want to begin the fight with someone who can quickly spam their charged attacks in order to bait Sierra into using up all her shields fast. If you can do that early on, you have a slightly better chance of winning.

Here, some good choices would be Mega Absol, Mega Gengar, Shadow Tyranitar, or Unbound Hoopa. Worry not if you don’t have any of these, as any decently leveled Dark or Ghost-type will work well. Bug-types can too, but make sure that it isn’t a dual Bug/Poison, as Psychic types are strong against Poison.

Related: How To Get More Shinies In Pokemon Go

The rest of the Pokemon Sierra uses are going to be randomly generated for both the second fight and third fight, each a set of three potential ones.

You may encounter Shadow Lapras, which is an Ice/Water-type. Because Lapras has a high defense level, the best thing to counter this would be by bringing a Fighting-type with hard-hitting moves. Ice-types are weak to Fighting-types so this is the perfect combination. Something such as a leveled-up Hitmonchamp would work perfectly.

Sierra can also potentially throw a Sharpedo at you. This Dark/Water-type is also weak to Fighting-type moves, so what you use for Lapras should work for this. Strong Grass-types will also be able to counter it.

If not Lapras or Sharpedo, you may be battling the Fire/Fighting-type Blaziken. Any powerful Water-type such as Mega Gyarados or Mega Blastoise should be able to take care of him. Since Blaziken is part Fighting-type, Flying-types such as Mega Pidgeot will work quite well against them as well. A leveled-up Swanna, which is a Flying/Water-type, could get the job done also.

The last round will either have a Dark/Fire-type, a Poison/Ground type, or a Grass/Dark-type. They are significantly harder than the Pokemon in the second round. However, with the right preparation, beating them should be no issue.

One of the possible foes here is a Houndoom. Do not be fooled by its edgy appearance, as Houndoom is just as much of a Fire-type as it is a Dark-type. To defeat it, you can use a Fighting-type, Water-type, or Ground-type. One Pokemon that would work perfectly if you have it is a Quagsire because it is a Water/Ground-type with high defense.

Out of all three, Shiftry is probably the one that will give you the most trouble to defeat. If you have a Fairy-type such as Clefairy or Sylveon, they should be able to defeat it easily. Fighting-types will also work well here.

Sierra may also use a Nidoqueen, which is a Poison/Ground type. Any strong Psychic-type such as Alakazam will be able to counter them. Ground-types such as Golem or a Water-type should be able to take care of them as well.

Those are the best ways to approach Sierra’s fight! With the proper strategy, winning will be no challenge for you.

How to Beat and Properly Counter Sierra in Pokemon Go