Home Game Guides How Tall Is Atreus in God of War: Ragnarok? Answered 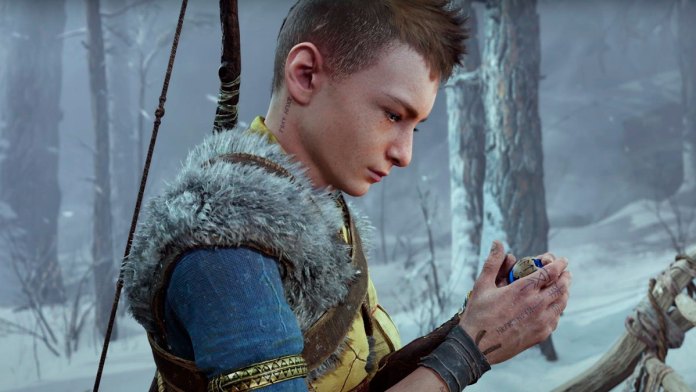 God of War: Ragnarok continues to tell players the story of the Ghost of Sparta. In the previous part, father and son went through many hardships, visited many worlds, and even killed several gods. All their actions became the impetus for the beginning of Ragnarok. Or perhaps everything was predetermined from the very beginning. However, in the new part, the son of Kratos has become a little older. And bellow, we will tell you how tall Atreus is in God of War: Ragnarok.

Characters Size in God of War

In the God of War series, character size has always been a very interesting topic of discussion since Kratos killed many different monsters, Titans, and Gods. Their body height ranged from human-like to high-rise buildings. And the same trend continues in the new God of War: Ragnarok.

Although Kratos looks older, he is still the mighty Ghost of Sparta, capable of splitting mountains. He travels with his son Atreus, half God, half Jötnar. And despite his father, Atreus looks like an ordinary boy.

God of War: Ragnarok takes place roughly three years after God of War 2018. It makes sense, as Fimbulwinter, caused by Baldur’s death, has been running for three years. And for this time, Atreus became a little bigger. Although he still looks like a regular human teenager.

How Tall Is Atreus

Accurate information about how tall Atreus is not known. However, we do know that Kratos is 6 feet 4 inches tall. And by using the official art of the game, and after some simple comparisons and calculations, we can say that Atreus is approximately 5 feet 7 inches tall.

That’s all you need to know how tall Atreus is in God of War: Ragnarok. Compared to his father, Atreus is really small. But he’s half Jötnar, so maybe that’s the reason. And while you are here, take a look at our guide on how to give Kratos Witch Time in God Of War: Ragnarok.

How Tall Is Atreus in God of War: Ragnarok? Answered