Home Game Guides How Expensive is the Kiriko Witch Skin in Overwatch 2? – Answered 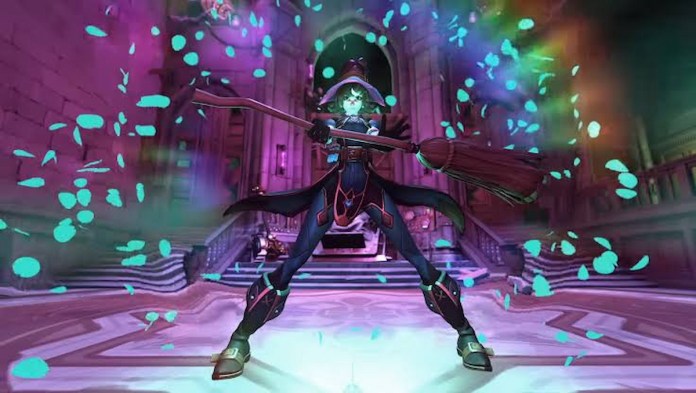 Overwatch 2 has been out for sometime now and the developers have been throwing some pretty interesting in-game events at players with the most recent being the Halloween event.

However, the majority of players have raised eyebrows due to the pricing of the cosmetics, especially that of the Kiriko Skin which cannot be purchased on its own. So in this article, we’ll be looking at just how expensive is the Kiriko Witch skin in Overwatch 2.

How Expensive is the Kiriko Witch Skin in Overwatch 2? – Answered

Blizzard has added two new skins to Overwatch 2’s Halloween Terror event, bringing a haunting and dark look to Junger Queen and Kiriko, two of the newest heroes to join the game’s collection. Players can purchase Junker Queen’s new Executioner skin on its own, but to what became a disappointment for many players, the Kiriko Witch skin can only be bought via a bundle that has been discounted from costing players nearly $40.

As of now, the Kiriko Witch bundle is currently on sale for 2,600 Overwatch Coins and includes the new seasonal Legendary skin for the support hero and a weapon charm, name card, and icon as well as a seasonal highlight intro. Players are unable to buy these items individually and can only use Overwatch Coins to purchase them. And this must either be earned in increments of 10 each or purchased directly by spending real money.

Ultimately, players without Overwatch Coins will have to buy the bundle for 2,200 coins which will cost them $20 bucks and another coin bundle for 500 coins, bringing that total to $4.99.

Blizzard might decide to make the Kiriko Witch skin available to be purchased alone in the near future but it remains unclear whether the Diablo 3 developers will respond to the backlash from fans regarding the pricey bundle.

How Expensive is the Kiriko Witch Skin in Overwatch 2? – Answered