Home Game Guides How Old is Kiriko in Overwatch 2? – Answered 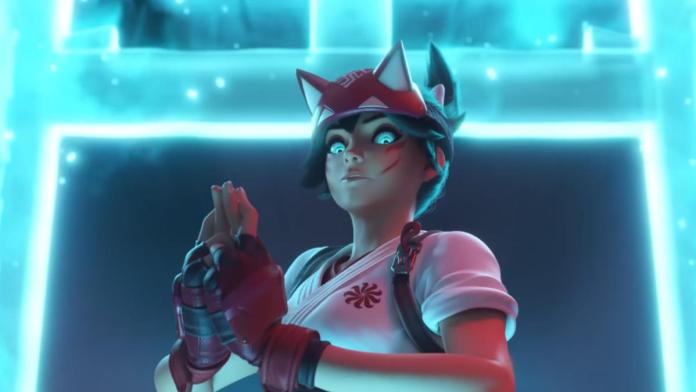 There’s a new fox in town! Kiriko Kamori, the Protector of Kanezaka, is the newest hero in Overwatch 2, and the eighth support hero overall. She is a talented ninja healer who can dart around the map like Genji and Hanzo, while being able to support and heal her team. Today, we’re here to answer the question: How old is Kiriko in Overwatch 2?

Kiriko is one of the youngest members of the Overwatch 2 roster, and although her exact age is never given, we get a pretty good ballpark thanks to her origin story video.

For centuries, the city of Kanezaka has been under the care and protection of the Yamagami family. When Kiriko was born, she was trained by both her grandma and her mother, who trained in spiritual arts and the blade, respectively.

Both Kiriko’s mother and grandma each wanted her to pursue their respective paths, but Kiriko couldn’t decide on just one. Thus, she made a vow to blend old traditions with new, and studied both the sword and traditional spirit arts, enabling her to summon fox spirits that gave her healing powers.

Related | How Old is DVA in Overwatch 2? – Answered

Growing up, Kiriko was close friends with both Genji and Hanzo, as they both trained under Kiriko’s mother. Her family was relatively close with the Shimada clan, though disaster struck when she was only seven years old.

When Sojiro Shimada, the head of the Shimada clan, was assassinated, the nefarious Hashimoto clan took over Kanezaka. The Hashimotos terrorized the city folk, and even kidnapped Kiriko’s father, forcing him to craft weapons for them. Kiriko ended up moving back to her grandma’s for safety reasons.

Several years later, with Kiriko’s grandma now gone, she moves back to Kanezaka, ignoring the warnings from her mother that it’s still not safe. She becomes the caretaker of her grandma’s shrine, and continues to live her life, not letting the Hashimoto clan scare her anymore.

It’s at this point in her origin story where she joins a rebel group known as the Yōkai, at the age of 20. The group consisted of young teens just like Kiriko, and they all shared a common goal: End the Hashimoto clan’s reign of terror.

Their first major move was to intercept a weapons shipment at the Kanezaka port. They infiltrated the premises, and successfully disposed of the weapons without severely damaging the port in the process. Following that night, the Yōkai made a vow to free the city of Kanezaka from the clutches of the Hashimoto clan.

Kiriko’s origin story ends here, so we can only assume this is who her playable character is in Overwatch 2, which would put her somewhere in the early 20s.

How Old is Kiriko in Overwatch 2? – Answered