Home Guides How Does Combat Work In Persona 5 Strikers? 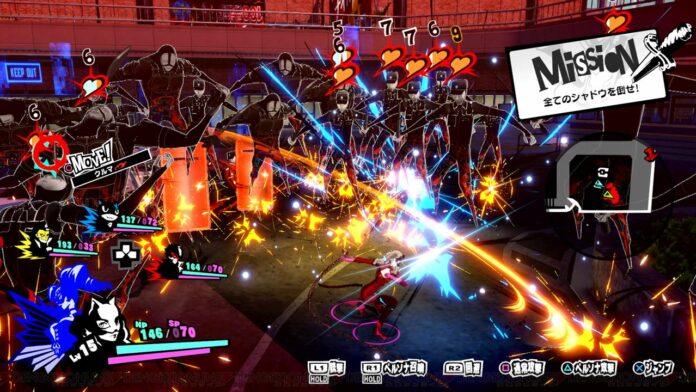 Persona 5 Strikers plays completely different from the original Persona 5 and Persona 5 Royal. Despite the differences, many are the mechanics that made the jump to Persona 5 Strikers, especially in combat. While the turn-based system is no more, developer Omega Force did an amazing job incorporating classic Persona mechanics into an action combat system.

Here’s everything there is to know about the Persona 5 Strikers Combat.

How Does Combat Work In Persona 5 Strikers?

Persona 5 Strikers is an action role-playing game heavily inspired by the Dynasty Warriors series, so if you played any of these games, you already have a rough idea of how the combat works.

Every time you enter a Jail, you will have to put together a party of four characters: one controlled by you, and three others by the AI. Each playable character can unleash a variety of combos by pressing the regular attack button and a powerful combo ender by pressing the charge attack button at the end of different strings. The combo ender usually launches the enemy in the air, allowing you to continue the combo.

As far as defensive options are concerned, Persona 5 Strikers doesn’t offer a way to block attacks. You can only dodge them, or unleash a counterattack automatically if you manage to dodge any attack at the right time once you have learned a specific skill.

What truly sets Persona 5 Strikers apart from other Warriors games is how it implements the Persona mechanics in its action combat. The Weakness system works exactly as it does in Persona 5: hit an enemy with any weakness, and it will be stunned temporarily. Do the same for all enemies, and you will be able to unleash an All-Out Attack that can end most enemy encounters easily. Characters also have weaknesses and resistances, so you will have to be careful not to get stunned.

To exploit the Weakness system, you have two options. Most combo enders are actually elemental attacks, so you can stun enemies by just unleashing the right combo. You can also press the charge attack button outside of any string to unleash a special elemental attack that does not consume SP. If you want to go for maximum efficacy, you can enter the menu to choose which skill to unleash. Skill unleashed this way will be at full power, but they will cost SP. Pausing also allows you to switch between characters and come up with a more effective strategy without being overwhelmed by the chaotic action around you: as the AI is not very good at healing, you should always do it yourself via the menu. Also, Technical attacks are back in Persona 5 Strikers, so make use to inflict status ailments to enemies: if attacked by the right attack, afflicted enemies will be knocked down as if they were hit by the element they are weak against.

While all characters have their own unique techniques, which we will cover in future guides, Joker is way above everyone else due to his versatility. Like in the original game, he can switch Personas on the fly, giving him an unparalleled amount of combat options that no character has. Get new Masks, fuse them to create new Personas, and Joker will be as powerful as he was at the end of Persona 5.