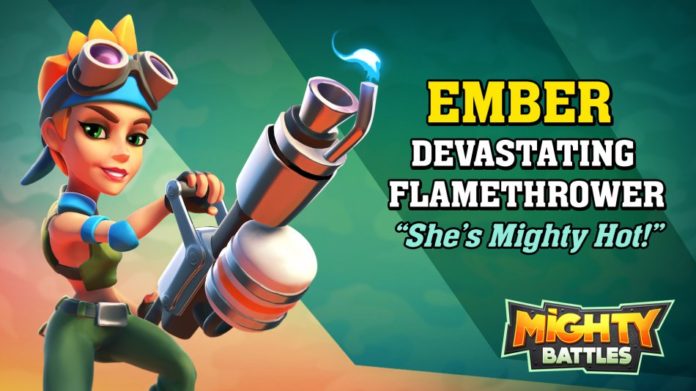 Well known mobile game developer Hothead Games (Kill Shot, Rivals at War and the BIG WIN series) have announced the world’s first battle arena shooter: Mighty Battles. But by the looks of it, the gameplay mechanics are pretty familiar and I’m sure more experienced players will feel at home when playing it for the first time.

However, this doesn’t mean that we’re not talking about a really good looking and potentially addictive game, on the contrary! I really enjoy Mighty Battles’ concept and visuals and I’m sure it will be on our devices for a long time after its launch day.

The game is a lane-based battle arena game (think Clash of Clans) with cards that you unlock and collect and most likely upgrade, but also with a twist. Players control a heavy cannon mounted on their base and they use it to shoot down incoming enemy troops. This is a cool and more than welcome feature that I’m sure will become extremely popular. 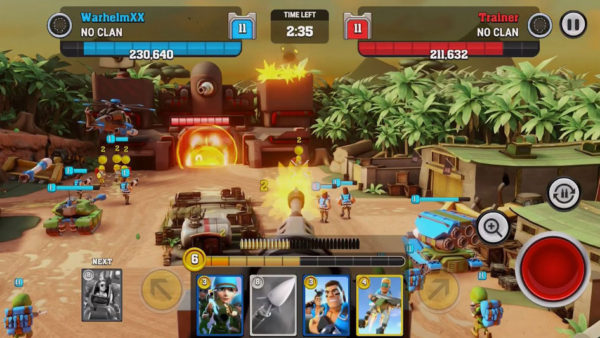 Apart from that, Might Battles offers clans, missions to complete, 1vs1 battles and a lot of strategic options that you can employ on the battlefield. The game will launch with 40 different cards: soldiers, vehicles, weapons and base defenses, but I am sure that their numbers will grow thanks to future updates.

Here’s a short launch trailer that gives you a good idea on what to expect from the game:

Mighty Battles is scheduled to launch on November 16th, on both iOS and Android. If you want to get a head start in battle, you can pre-register over at the game’s official website and receive all sorts of in-game goodies when it’s out.