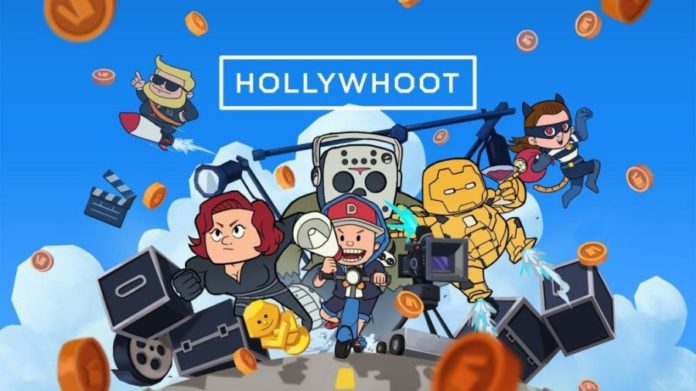 Hollywhoot: Idle Hollywood Parody is an incredibly funny and truly addictive idle game with a lot of depth and many characters to uncover. And we’re here to make the experience even better by sharing some Hollywhoot cheats and tips in our complete strategy guide for the game.

Although things seem pretty obvious at first, there are actually many things going under the hood that you should consider in order to get the most out of this great game. We’re going to talk about them all in today’s article, so let’s not waste a single second and instead let’s check out some Hollywhoot tips and tricks below! 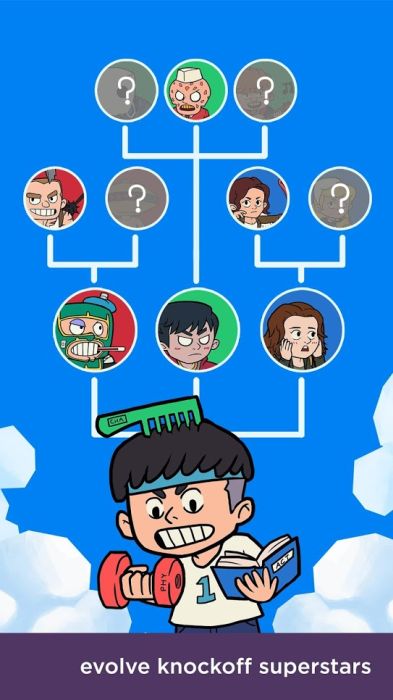 We will publish a guide to the Hollywhoot actors and how to get specific ones in each tier, but until then you should keep an eye on your catalogue and plan your character evolutions a bit in order to get the biggest boosts and combinations to maximize revenue for each movie.

For example (and there are a lot more potential ones), you can create a Sick Ass character twice and keep casting them in the Action Movie Genre in order to get the boost. Tier 2 could be John McLife only which gives 50% bonus to all income, meaning that wherever you cast him, you get that bonus. Pair it with an actor that gives a genre boost for even more earnings. And so on: it’s all about getting the right characters!

Keep the movies filming at all times
Even if you’re doing things a bit random, you should still keep filming those movies continuously in order to get some solid earnings coming.

If you’re not planning to spend much time trying to figure out the best combos, at least pair up the actors based on the revenue they give per movie: pairing up the highest earners in a movie will give you massive profits, even if you don’t take bonuses into account.

And try to reach level 30 as fast as possible because once you do you will be able to use 3 actors per movie, which will also give you a huge boost to your earnings. 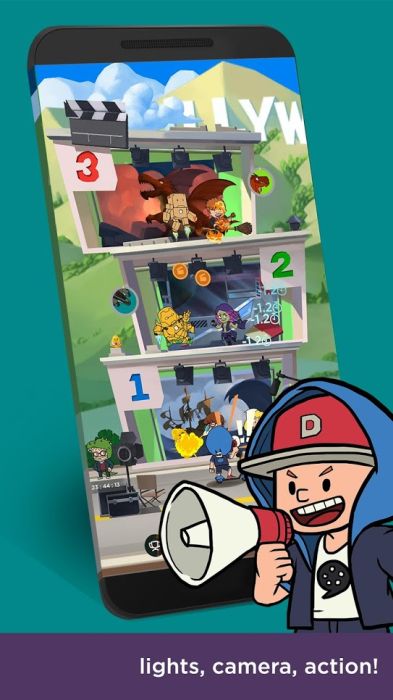 Don’t forget about the TV Series
TV Series produce idle income and that piles up especially over the night or when you spend some time away from the game. However, the amounts are not huge and it’s not really worth upgrading your characters in order to boost TV series income.

But every little bit adds up eventually – especially later on in the game where you will be able to level up each series to reach multiple milestones, so don’t forget to put some money there every now and then in order to keep a steady flow.

And finally, don’t forget to actually collect the money the series generate while you are away by tapping the icon in the right side of the screen (money is not collected automatically otherwise!)

Unlocked Boosts matter!
Whenever you earn stars in the game (or spend diamonds), you can unlock a box in the Research Factory, which in turn will give you all sorts of booster cards which can be common, rare or epic.

These cards are randomly received and extremely varied, but you should also keep an eye on them and take them into account when deciding what type of actor to evolve existing ones for next tiers. Sometimes, the bonuses offered by these booster cards are huge, making it worthwhile to actually get an otherwise not that great actor.

Upgrading your characters in the Academy
Actors and the movies they produce are the most important element in the game and there’s a lot more about them than it might seem at first. 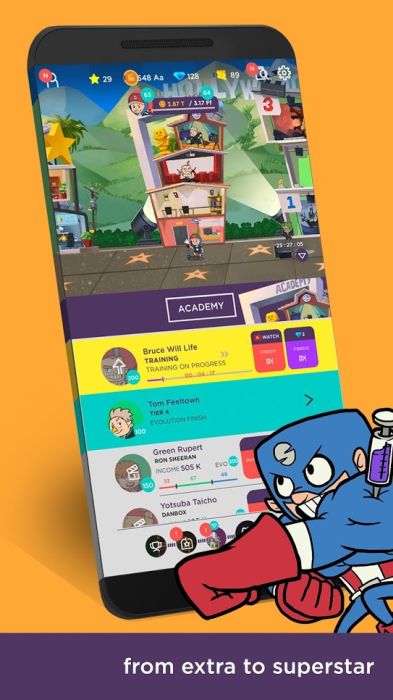 For starters, their skills will affect the income they generate. I made a test and only invested in Physical for an actor, Charisma for another and Acting for the third. The resulting income per movie varied at similar levels. So try to add a bit of each talent in order to maximize earnings, but have in mind the requirements for an actor’s evolution to the next tier.

Evolutions happen at level 10, level 100 and level 300. The resulting actors for each new tier are pre-defined based on the talents you have invested in. The good news is that once you unlock an actor type, you can always check it out in the game and see the requirements for unlocking him or her again.

The bad news is that there are so many potential combinations that you will have to go through a lot of trial and error stages in order to unlock them all.

We will soon publish an article with all the requirements for unlocking the various tier actors, so check back soon if you need help!

For example, even before I was able to take my first actor to level 300 (for the final tier upgrade), I think I had resetted the game three times. So don’t be afraid to do it – if progress like leveling up your actors is slow and the movies start taking forever to be ready, it might just be the right time for a new reset!

You will always know how many tickets you will get when you start over, so try to aim to do it when you are getting enough for at least 3 boost unlocks. When you reset, most of your progress will be lost, but you will still keep all boosts and trophies, diamonds and existing tickets as well as the information regarding the requirements for unlocking actor types you have already unlocked.

These would be, at least for now, all our Hollywhoot tips and tricks. If you have additional strategies, don’t hesitate to let us know by sharing them with the world in the comment section below. 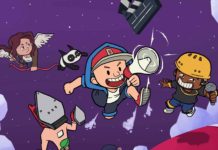 Hollywhoot: How to Unlock All Types of Characters / Actors (Stat Requirements for All Actors)