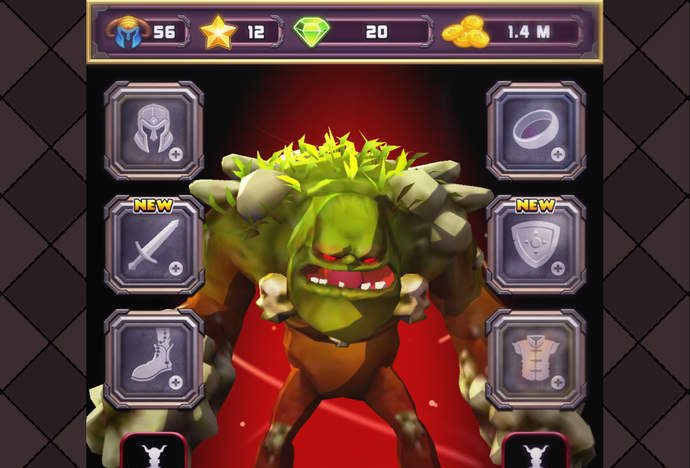 Heroes of Havoc: Idle Adventures is a brand new RPG game for the iPhone and iPad, a game that puts you in charge of collecting amazing heroes, leveling them up and completing campaign missions that help you get better and better. It’s an extremely fun timewaster that we love here at Touch, Tap, Play and as a result, we’ve decided to come and share with you some Heroes of Havoc cheats and tips that will hopefully improve your game and have you get the most out of it as fast as possible.

So if you’re wondering how to unlock all heroes or how to simply perform better, read on our Heroes of Havoc: Idle Adventures tips and cheats!

1. Tap those meters
If you’re tapping the meter of the skill of one of your heroes, it will fill faster, so if you can spend the time in the game doing it, it pays to do so. I usually tap the healing skill of my healer to keep the squad safe and sound, but if you’re dealing with easy opponents, you can tap the offensive skills as well in order to rush things a bit more. But always tap the skill when you have the chance in order to improve your game.

2. Don’t hoard too much on skill points
It’s true that leveling skills up gets more and more expensive as you progress through the game, but don’t hoard those skill points either because pretty soon you will become too weak for the enemies you’re facing. All the skills are important and you should try to keep a balance when upgrading them, so don’t ignore even the first skill and keep upgrading them all.

3. Grind on missions
Repeat missions over and over again not only to gain extra loot, but also in order to gain skill points and upgrade your heroes even further. The best way to do it is to keep your game open while you’re doing something else and just hit the replay button on a mission that you can beat without the need of you interfering. Eventually, you will unlock idle mode which allows your heroes battle while you’re away, but until then, keeping the game open and reaping on the rewards is the best way to go.

5. Evolve your heroes
Evolution is really interesting in Heroes of Havoc. When you get the required set of equipment (just the quality matters, so you don’t need specific items, making everything a lot easier), you can evolve your hero. This gives your hero a new skill, but it also removes all the equipment, as well as skill progress that you had so far – so you will have to basically start over and build that particular hero up by completing earlier missions – but it’s totally worth it for the new skill alone! A good trick here, since you don’t need specific equipment, is to simply choose the worst pieces of equipment you have, put them on the hero you want to evolve and then evolve them: this way, you still get to keep the best equipment and still get to keep your best items. Also, after evolving, if you have a vial that increases gained XP – that would be the perfect moment to use it!

6. How to unlock more Heroes
Unlocking more heroes is done by collecting Hero Stones. These are dropped from Boss battles and Elite missions – most of them from the latter, but also from Crusades and Trial missions. They are dropped randomly and it will take a lot of playing before you unlock them all. The easiest way to get your fourth hero is by completing the Elite campaigns over and over again and watch ads in order to open two chests at a time.

These would be, for now, our tips and tricks for the great Heroes of Havoc RPG. If you have additional tips to share, let us all know by commenting below.