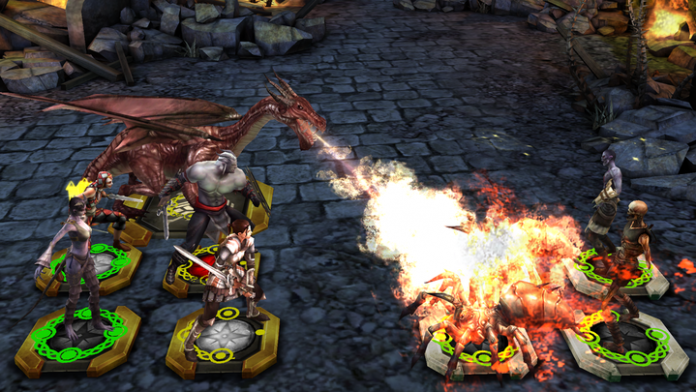 While Dragon Age fans struggle to wait out the many months between now and the release of Bioware’s upcoming trilogy-capper Dragon Age III, EA Capital Games is getting ready to make the wait a little easier with the upcoming release of their iOS spinoff game Heroes of Dragon Age.

According to a new interview over at Polygon, Heroes of Dragon Age will be a free-to-play collectable strategy spinoff game set within the Dragon Age universe and will allow players to relive famous moments and battles within the Dragon Age fiction…with an added twist. According to lead designer Justin Jones, players will be able to construct their own squads by picking various units from a total pool of about 450. Recognizable characters like Alistair or Morrigan can be paired up with unlikely allies such as Darkspawn grunts, dragons, giant spiders, and more.

Heroes of Dragon Age will feature both online competitive PvP play as well as a single-player quest mode with each quest being centered around a specific moment or event in Dragon Age history. Since it’s free-to-play, it will most likely support in-app purchases which allow players to get their hands on some of the more choice units at a quicker pace.

There is no set release date as of yet but EA Capital is confident they’ll be able to get Heroes of Dragon Age into player’s hands before the fall season is over.