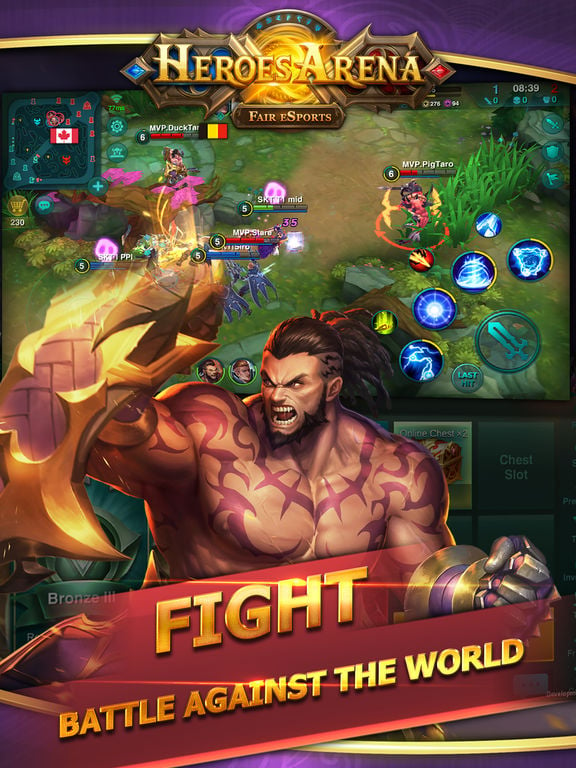 The MOBA genre has already exploded on PC, so now it’s mobile’s turn! Heroes Arena is another entry into the expanding MOBA genre for mobile platforms. Choose from a cast of colorful and astonishing heroes, each with their own unique abilities and skills. Form teams of five and go up against players from all around the world. Matches in Heroes Arena are designed to be quick so they stay true to the mobile framework.

Don’t be fooled though – Heroes Arena is just as in-depth as any other MOBA game, so here’s our Heroes Arena cheats, tips and tricks strategy guide!

Team composition – or comp for short – in one of the most important pre-game things you’ll need to take care of. During hero selection, take a look at the types of heroes your teammates are picking and try not to double up on the same kind of hero. If you have a bunch of assassins, you’ll have no beefy tanks to initiate for your team! Likewise, the inverse situation will have very low damage output. The point is that each player should take one of the roles. Remember that there are six roles: tank, warrior, assassin, mage, marksman, and support.

2. Set up your runes for your favorite heroes!

If you’ve played the ever popular MOBA League of Legends, you’ll know exactly what to expect when it comes to the runes. Runes are little orbs that will provide your hero with passive bonuses during battles. At first you’ll only have one slot unlocked, but you’ll gain more as you level up. Once you have access to a good number of slots, runes can really give you that extra power you’ll need to win a fight.

There are three different types of runes: pact, oath, and chant. Runes will offer things like bonus attack damage, cooldown reduction, armor penetration, magic resist, and so forth. There’s a rune for just about every stat in the game.

Now, early on you’re just going to want to equip any kind of runes you get, but later on you can further optimize your favorite heroes by using specific runes. For example, if you love playing as assassin heroes, you’ll probably want a lot of attack damage runes. To make things easier, you can save sets of runes and even name them for easy access. You can find more runes inside chests.

You may have noticed the wild forest zones in between the lanes. These areas are known as the “jungle,” and you’ll find monsters native to the land here. The small camps of monsters will yield a moderate amount of gold when defeated, so it’s good to jungle if need some extra gold.

Certain types of heroes are more suited for taking on the wild monsters like melee assassins and tanks. If you’re planning to spend a lot of time in the jungle, be sure to take the Attack Ability “Smite” with you. Smite deals a flat 600 damage to monsters, one-shotting most of the smaller monsters.

Half way through a match, boss monsters will spawn alongside the river that cuts down the middle of the map. They’ll be marked on the minimap with special monster icons. These boss monsters usually require your whole team to take down, but if you manage to do so your whole team will benefit from a buff that boosts your stats.

Taking down the boss and getting the buff is a major boon and will almost guarantee your team winning any kind of skirmish against the other team. You’ll need to be able to coordinate with your team though, so make sure to use pings!

After a couple of matches you’ll notice that one of your teammates will be a dedicated “jungler”. This means that they’ll spend most of the match roaming jungle killing monsters and collecting gold.

A steady flow of experience and gold will mean that hero will be exceptionally more powerful than the rest of the time, and you’ll use them to win fights. They will also be able to help you set up ambushes because of the jungle’s many exits. If an enemy hero is pushing you back too far, ask for the help of your jungler to come get the jump on them!

When you’re around enemy minions when they die, you’ll automatically receive experience points. You will also receive a little bit of gold. However – if you can manage to land the killing blow on a minion, you’ll receive bonus gold. This is known as “last hitting”.

Try to master this technique because a bigger gold income will mean you getting the better items ahead of your enemies. The timing is tricky because you’ll need to gauge how much auto attack damage your hero does at the moment, but once you get it down it’s a great help.

That’s all for Heroes Arena for now. We’ll be back soon with another guide! Until then, if you have any other tips or tricks to share, let us know in the comments below! 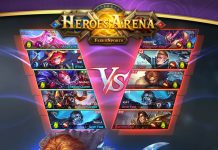