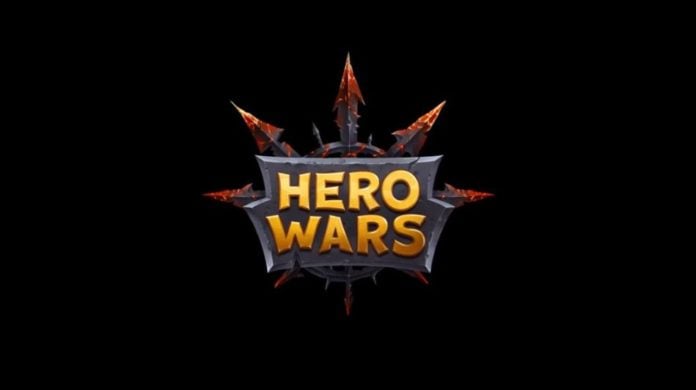 For everybody who is interested in having a well put together team in the game, then this article about the best characters in Hero Wars will reveal everything that you need to know in order to have the top tier heroes and how to pair them up, as well as how to use the lower tier ones until you acquire better characters.

In other words, you will know how to deal with all the heroes in the game and only use the best of the best to build up your team. Even more, we have updated this Hero Wars best characters list in 2020 to help you make better choices if you started playing recently.

First things first: if you are new to the game, you might want to check out our Hero Wars guide page to learn how to quickly acquire some of these characters, and also to learn a few cool tips about the game!

So, without further ado, let us reveal our picks for the Hero Wars tier list!

This is where all the cool tanks hang out and you will never see a tank put to good use from the back line, so it makes this mainly a position for the ones who will sustain all the damage dealt to the team. Also, some warriors can be placed here, but depends on how good they are at sustaining damage.

He is one of the best characters currently in the game (if not the best straight on) because he does quite a bit of damage himself, while having the ability to dodge enemy attack and sustain the hits he gets with the vampirism. He is one of my favorites while also being a beast, so he’s top of the list.

He’s swinging around a massive cleaver which lets him do a ton of damage and stun the enemies hit by it. He also has a passive that lets him get some extra Strength, so he will definitely be a powerful cleaver swinging monster in any fight.

She’s one piece of OP scorpion lady, for the simple fact that she can avoid a lethal hit. Once her health goes to around 30% she can burrow underground and start recovering, and then emerge back and start reflecting all the damage the enemy inflicts upon her.

An amazing tank that produces defensive buffs to the entire team and reduces physical damage taken as their health gets lower. Definitely one of the best new characters in the game.

Here you can place anything that you consider could bear taking a shot or two from the enemy. So basically anything, except for the tanks who should go in the front line. I suggest placing here warriors, control characters or even the mages.

He is a strong warrior who can sacrifice his own health to deal some extra damage (hence why you should build HP items) and also has the ability to buff his attack power in order to deal massive damage to the enemy back line. Oh, and he also has some regen. One of the strongest heroes currently in game.

He is a control character, which combined with his supporting abilities let him bring a wide variety of useful tools to the team that has him on their side. He can shield his allies and debuff the enemies, making his team stronger while also weakening the opponent.

She’s a really really strong healer, but also is able to do some decent damage. Nebula can also buff her allies for a short period of time, so she is a great addition for both long and short fights.

She is amazing in prolonged fights because of the poison (damage over time) skills she has and the ability to struck the farthest enemy away from her, allowing her to reach the back line easy.

This is the place reserved for the ones supposed to stay alive the longer, a.k.a. the supports, the marksmen and even some mages. They will be the last ones to go down, so in case something doesn’t go according to plan and your tank line dies, these guys back here still have a chance to win the fight.

She’s one of my favorite heroes, not only because she’s an extremely cute character, but also because she has quite a lot of damage as well as supportive skills. She can cast shields (that hit back), stuns the enemies and she has a chance to do anywhere between double or quadruple damage. Pretty neat, right?

He is a mage who does lightning damage, and that can be very powerful. Just as you can get electrocuted if you combine water and any electrical tool, he has increased damage to water targets, and that’s extremely useful as you can always pick him in the fights that you know will have water enemies. His attacks also stun the enemy, so he will definitely make a great addition to every team out there.

This powerful mage can do damage and support your team in very interesting ways. Helios can summon spheres that mitigate the damage dealt to the team, and also use them to deal quite a large chunk of damage to the enemies.

She is by far the best healer in the game. Tanky, though, so she can handle a beating, which makes her solid for more frontline positions. Only available to get from Special events, but definitely worth all the trouble.

She’s one of my all time favorites, since she can turn the tides of battle in a matter of seconds by making an enemy fight on her side. She also has a ton of damage that scales quickly and very nicely with physical attack, while also stunning enemies. She’s one of the best back line heroes for dealing damage.

These are all the Hero Wars best characters that we consider will make a great addition to your team. Now all you have to invest in is the time required for gathering them all and teaming them up, because it will definitely make a difference having even only one of the mentioned heroes on a team.

This would be our Hero Wars Tier list. Remember that things can change with new game updates that rebalance characters and introduce new ones, so you should always be ready to adapt. If you have other favorites, don’t hesitate to let us know by commenting below.