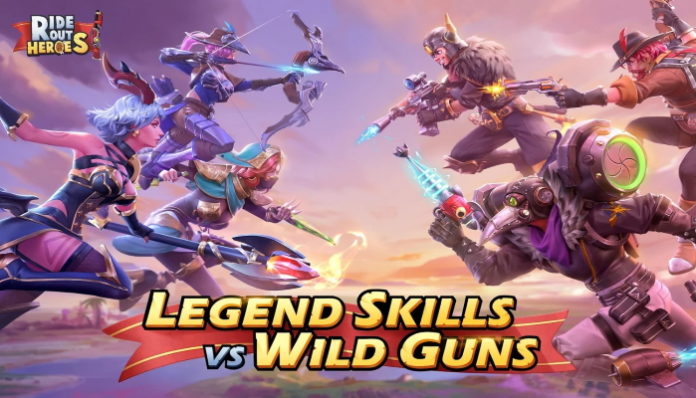 If you thought the battle royale craze was over, think again! There are more and more battle royales coming out on the mobile platform thanks to the success of games like Fortnite and PUBG Mobile, and they are not slowing down any time soon.

NetEase Games is no stranger to the genre itself, having just recently launched Super Mecha Champions, a battle royale game that lets you call down giant mechs into the battle. Now, they are introducing another one: Ride Out Heroes.

Ride Out Heroes is what you would end up with if you combined games like Overwatch with Apex Legends. Featuring over five different unique hero classes, it isn’t just about the guns anymore – every hero has access to their own unique abilities and skills.

Blast foes with powerful magic as the Mage, or take them out from afar with gun-wielding Hunter, or rush into battle and crush your enemies as the fearsome Warrior. With all sorts of different pieces of gear and relics, you can build your hero the way you want!

Taking a note from Apex Legends, death is also not the end in Ride Out Heroes. Upon defeat, you will turn into a baby dragon that can fight back a little bit! Your essence can also be captured by your teammates, and they can revive you if they make it to a Goddess Statue.

Ride Out Heroes is available now on the App Store and Google Play Store.