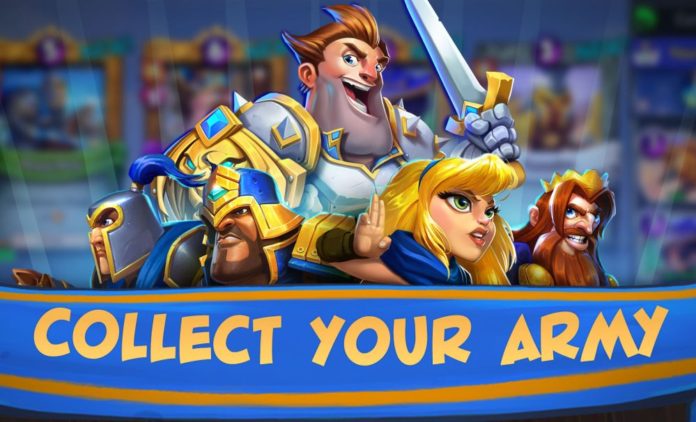 I’m a big fan of Hero Academy 2, even though I must be honest and admit that it’s been years since I’ve played the original. However, the new game from Robot Entertainment is very different and much better, so it’s time to look out for some Hero Academy 2 cheats and tips.

And that’s exactly what we have in today’s article: a complete guide for Hero Academy 2, a strategy guide that guides you through the game and helps you get the most out of it as fast as possible. And, of course, build that perfect deck that you are dreaming about!

So let’s not waste a single second and let’s check out some Hero Academy 2 tips and tricks in our strategy guide below!

Look for synergy!
Probably the first important thing to look at when building your deck in Hero Academy 2 is the synergy of cards. If you manage to build a deck around this, you’re going to do a lot better than the other players.

Right now, the Elemental cards seem to be the easiest to work with: both getting them and building a solid deck with Elemental cards being pretty easy early on, but you can of course mix and match and see how things go.

But one thing is pretty clear: look out for the synergy effects, build your deck with them in mind and play the cards right in order to take advantage of these boosts.

Focus on the Crystal
In most strategy, RPG or card battling games, I usually find out that taking out the enemies first is the best approach in the game. However, in the case of Hero Academy 2 things are a bit different and I believe that you should always focus your attention on the enemy’s Crystal(s).

The main reason for that is the fact that most troops will cause some damage even if the attacker takes their health down to 0. In other words, if you attack a Crystal on your turn and the enemy attacks your hero in theirs and kills your hero, you will end up causing damage to both the Crystal and the enemy hero. If you don’t do this, you will still lose your unit, but only deal damage to the hero.

So always focus on attacking the crystals and make sure you don’t let enemy troops do the same with yours.

Know your cards
Knowing exactly what each card in your deck does and playing it at the right time in order to get the most out of it is vital when it comes to winning your duels.

Early on in the game, ranged units are really good since they can take out many troops without being retaliated against. But those that boost your skills are also useful, and then we have those that deal more damage in certain situations. Either way, make sure that you know what your card does and use it at the optimum time for maximum effect!

Don’t forget about your hero’s powers
Each hero has a couple of powers that they can use during the game with mana. Again, make sure that you take advantage of the said powers and use them at the right time, on the right hero. These can still change the course of the battle, even though the effect seem small even early on in the game.

Don’t disenchant cards
You have the option to disenchant cards in order to get Inks which can be used to craft other cards in the game. This is an extremely useful feature once you know what you’re doing, but early on in the game you don’t. Therefore, I recommend hoarding your cards until you are sure that you understand which are useful and which are not and only afterwards disenchant them.

Even so, I consider this extremely risky because cards will be nerfed and improved with future updates, so that awful card that you have destroyed might end up more useful than the one you have crafted. So extreme caution here!

That’s all that we have for you right now in terms of Hero Academy 2 tips and tricks. I hope that you will find our strategy guide helpful, especially if you’re just starting up. But if you have some extra tips to share with fellow players, don’t hesitate to do so by commenting below.

If you have extra questions or you’d like us to focus on some particular elements of the game, also let us know by commenting below.