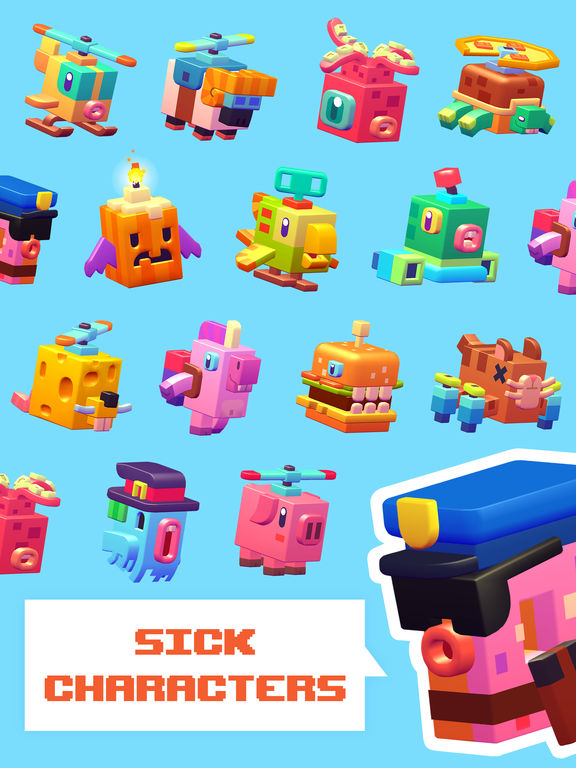 Helly Copter is a simple endless runner where you play as a goofy looking helicopter. I meant helly copter, of course! Helly Copter features simple one touch controls, where tapping makes you ascend and letting go descends. It’s easy to learn but hard to master, so we’ve got a couple of tips and tricks for you in our Helly Copter cheats, tips and tricks strategy guide!

After a few runs of the game you’ll notice that your helly copter doesn’t descend and ascend as fast as you’d like it to. Be careful when trying to go under obstacles – you may underestimate how slow the helly copter drops and end up running right into a block. Try to get used the physics of the helly copter. The copter definitely doesn’t move as fast as you’d think a game like this would, so it takes some time to getting used to.

Helly Copter is best controlled by using short, rapid taps. Rapidly tapping will make your helly copter ascend in short bursts, giving you more time to react to incoming obstacles. Tapping and holding will make you ascend slightly faster, but it also make it’s much hard to descend. Don’t get caught in a bad place by tapping and holding – it’s better to use light taps so that you’re constantly shifting without using too much momentum either way.

If you care about the different skins for your helly copter, there a numerous ways to get more.

Aside from all this, there’s not much to Helly Copter. There really isn’t any nuance to the physics or anything, you just have to get used to them. Keep playing and practice, know when to use short taps versus hold taps, and eventually you’ll be able to get super duper far!

That’s all for Helly Copter. If you have any other tips or tricks to share, let us know in the comments below!