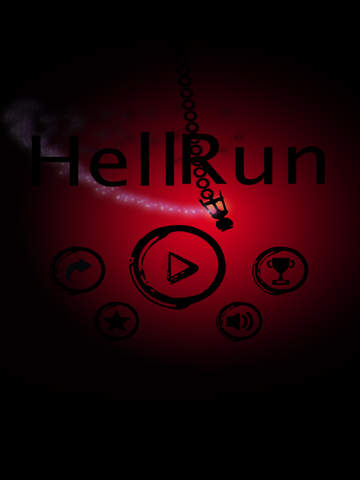 Hell Run Scary Road is a scary looking endless runner. You play as an unnamed boy who is seemingly trapped in hell! You have to run for you life and find a way out as you dodge diabolical traps littered through the path. Let’s escape hell together with the help of our Hell Run Scary Road cheats, tips and tricks strategy guide!

The game doesn’t really explain the controls too well, so we’ll go over them here. The boy has the ability to turn invisible, and you can sort of control the duration of it depending on how you tap. Quick, brief taps will make the boy turn invisible for a brief moment – maybe about a second – then reappear. You will come across barbed pillars, spike traps, and short gaps in the ground. A quick tap for a fast invisibility is enough to get you through these traps.

On the other hand, tapping and holding will cause the boy to turn invisible up to a maximum of a full three seconds or so. You will come across large gaps and you will need to use long taps to cross them safely. Just be aware that there is a bit of lag from the time you let go of the screen to when the boy actually reappears. Make sure you compensate for this lag and let go a bit earlier than usual. This means that sometimes you won’t be able to stop in time for the next gap if you’re just a little bit off, so timing is everything here!

The boy moves at a pretty quick pace, so you’re going to need to be alert at all times. Most of the obstacles are going to come at you very fast, so be ready to turn invisible for the appropriate amount of time.

4. Use invisibility earlier than later!

So, there’s something we noticed about the collision detection in this game. If you come out of invisibility too early and you end up inside an obstacle, the game won’t count that as a “hit”, meaning that you will keep on running unscathed. However, if you’re too close to an obstacle before activating invisibility, you will get hit and the run is over. It’s better to use invisibility earlier than later, just to be safe!

That’s all for Hell Run Scary Road. If you have any other tips or tricks to share, leave a comment below!