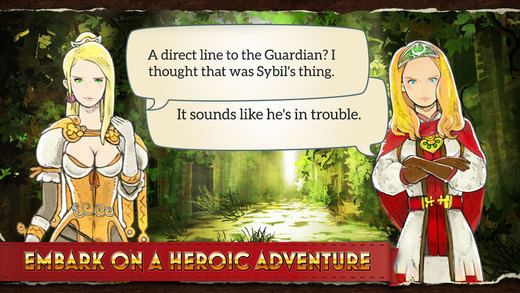 The once grand kingdom of Lunnain has given way to the monstrous Fallen, a ruthless race of monsters who are fueled by the rage of destruction. You step into the shoes of a newly appointed captain, ready to fight back the monsters who threaten to consume the entire war. Heavenstrike Rivals is a tactical trading card game where you get to amass an army of capable soldiers through magical cards. We’ll help you build the ultimate deck and fight back the Fallen with our Heavenstrike Rivals cheats, tips and tricks strategy guide!

The Defender class, displayed by a blue shield, is the class that excels at high defense. They will protect your weaker units. The most basic but effective strategy is to send in a Defender first down a lane, then in support units behind. For example, you can send in a gunner or mage behind the defender to do some awesome ranged damage while keeping them out of harms way. Remember that defenders also have the taunt ability, which keeps the enemy they’re fighting from changing lanes for 2 turns.

Each squad has one slot for a vanguard unit. You can put any unit here and they will guaranteed to show up in your first hand at the start of a battle. Depending on what your squad’s strategy is, you’ll want to put your most crucial unit here. For example, if you’re very dependent on your defender, you can set him as the vanguard.

Your captain can fight too! Each captain can bring in one skill with them into battle, which can be then used during their turn. However, once used, a captain skill has to cooldown for a certain amount of turns before it can be used again. You can change your captain skill in the Squads menu. Captain skills vary and each one is suited for a different strategy. Some skills heal units, shield them, damage enemy units, and more. They also each have two versions: one that has a short cooldown but only targets one unit, and one that has a long cooldown but targets all units. For starting out, we recommend either the healing or shield skills.

4. Train your units to boost their power!

If you’ve got spare units, you can fuse them with existing units to power them up. If the unit to be sacrificed has a high level, the base unit will receive more experience. Eventually you will run out of inventory space so you’ll need to get rid of some units; this is the perfect way to do so. Some units can even be promoted into a much stronger unit, but they need to be maximum level and you need certain materials to perform it.

5. Participate in event missions to get bonus gold and experience!

If you scroll around the map, you’ll see exclamation marks in certain areas. These are event missions, which only last for a certain amount of time. If you play these levels, you’ll earn something special, usually some type of special unit or increase gold and experience. Be careful though, these missions are kind of tough, so be sure your squad is ready before you tackle these challenges!

If you have any other questions or suggestions, leave a comment below!