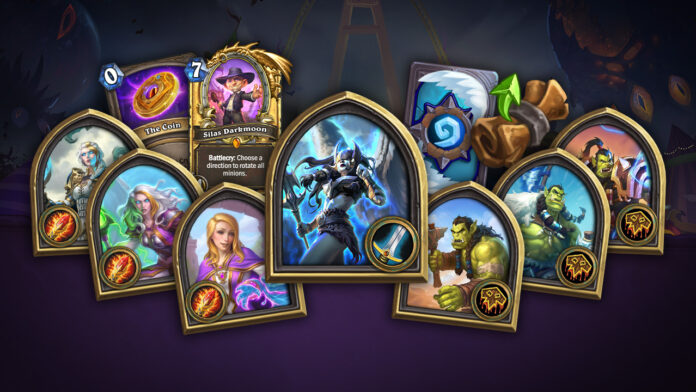 Hearthstone has been going strong since its release on iOS and Android, with Blizzard providing new content and features that have made players come back to the game over and over even if they are not exactly into competing. More new content that all players will surely enjoy has now been made available as part of the patch 19.0.

The new patch introduces, among many things, an all-new progression system, several game improvements, Battlegrounds and Duels updates. You can learn everything there is to know about the new update by heading over the game’s official website.

The Hearthstone 19.0 patch comes ahead of the release of the Madness at the Darkmoon Faire expansion, launching in just two days.

The expansion includes the return of the Old Gods of the World of Warcraft universe, a new keyword, new cards, a new Duels mode and more. The new cards cannot be used right now, but it is possible to already start building deck right now thanks to the 19.0 update.

Hearthstone is now available on the App Store and Google Play Store. The Madness at the Darkmoon Faire releases on November 17.