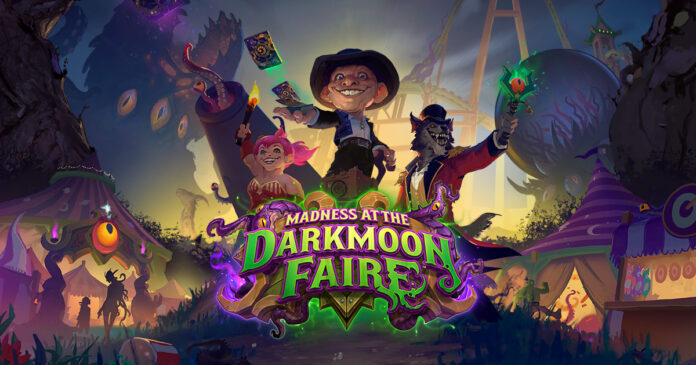 A new Hearthstone expansion will be released in around one month, and it will be packed full of new content.

The Heartstone Madness at the Darkmoon Faire will see the return of ’thun, N’Zoth, Yogg-Saron, and Y’Shaarj, the Old Gods inspired by the works of Howard Philips Lovecraft from the World of Warcraft universe, alonside other legendary minions.

The four gods all come with a different deck archetype, a powerful Battlecry and four artifacts that can turn the tide of a match in an instant.

Madness at the Darkmoon Faire will also introduce a new keyword, Corrupt. This keyword will make it so that a card will get upgraded once you play a higher cost card. The upgrade will also be accompanied by new artwork that will properly highlight its corrupted status.

Last, but not least, the Hearthstone Madness at the Darkmoon Faire will introduce the new Hearthstone Duels mode, a new play mode that will combine mechanics from the PvP Arena Mode with Dungeon Runs, tasking you with putting together a 15 cards deck and challenge a series of human opponents to level up said deck.

The Hearthstone Madness at the Darkmoon Faire expansion releases on November 17. The base game is now available on iOS and Android.