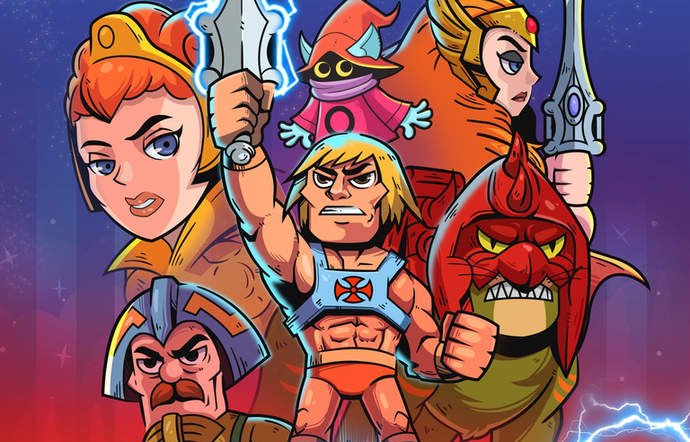 I grew up watching He-Man and even though the Conan-like character is not among the most popular out there, I still enjoyed those cartoons. I am not sure how popular he is right now, but I know that an endless tapper has been launched for Android and iOS under the name of He-Man Tappers of Grayskull. I had to try the game because I love tappers and I wasn’t completely disappointed. And now I am here to help you out a little bit by sharing some He-Man Tappers of Grayskull cheats and tips: a complete guide to keep you going and achieving more when it comes to destroying the horrible monsters and bosses you’re facing.

So let’s not waste a single second and let’s check out below TTP’s He-Man Tappers of Grayskull tips and cheats!

1. Use your fingers!
Tapping with a single finger is not the way to do it in any endless tapper: try using as many fingers as you can, but alternate them so it actually counts as multiple taps. I play it on a large screen iPad and I use both my fingers: try it too and you will see that you will do infinitely more damage than what you would by just tapping with one finger.

2. Get those artifacts!
When you reach level 400 in the game, you can reset the game and start over. You will get keys based on your progress in the game and you can use those to unlock new artifacts or get new ones. I would suggest to reset for the first time (second, actually since you are allowed to reset once during the tutorial) at level 400 and then try to reset each time when progress seems way to slow. This way you maximize key gains and don’t have to spend days to be able to defeat a new boss.

When it comes to Artifacts, have in mind that leveling them up for the first time is cheaper than summoning a new artifact, so unless you really have crappy ones, level up what you have and summon later. It’s better to know exactly what you’re getting instead of risking your keys for nothing.

3. How to easily beat the bosses
Bosses might seem like a pain to defeat, but if you are smart about them, you can actually beat them easily unless they are extremely overpowered. The key to doing so is to keep your skills for the boss battles and activate them as soon as the boss fight starts. Also, while you tap, every now and then, you will see Weak spots appearing over the boss you’re fighting: tap those and you will deal a critical hit with extra damage – the more you manage to hit, the faster you’ll defeat the bosses.

If yo do these and it still doesn’t get you very far, it means that the boss is too much for you and all that you can do is to play some more, grind on the monsters and level up your skills or Masters.

4. How to deal with the masters
Even though they don’t seem to help you that much, Masters are very important in the game. Not only that you get a lot of extra damage from them as you level them up and unlock more, but it’s also their level that decides the maximum amount of money you can make when you are offline. So spend resources in upgrading them: start with the first ones because they are easy to upgrade and it costs less to unlock their skills. Look at their skills and make sure to unlock them as soon as possible because these skills usually offer you huge, extremely useful bonuses.

If you somehow didn’t get the chance to play the game, you can check out my gameplay video below, showing the first minutes of the game:

If you have other He-Man Tappers of Grayskull tips and tricks to share with fellow players, let us know by commenting below!