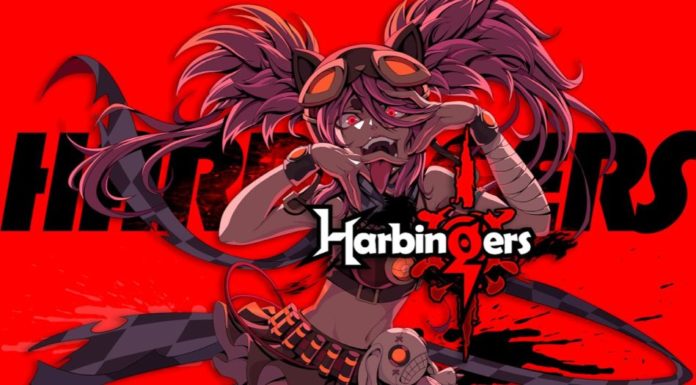 In today’s article we are going to share with you all of our Harbingers – Last Survival tips and cheats to help you defeat all of the evil zombies in this zombie post apocalyptic world!

In this game you will have a ton of stuff to do, from summoning heroes to fighting hordes of zombies and assembling a powerful team to do that in the process! Since there are so many features to this game, I am going to help you pick some of the best stuff and help you form a powerful team in order to pass more levels!

So let’s not waste another second because you came here to get better at the game! Therefore let’s dive right into the Harbingers – Last Survival tips and tricks right here below!

One of the first things that I would suggest you do is play the main story stages, because they are not that difficult at start, and you will get a ton of useful rewards, and along with that plenty of EXP!

I suggest that you play these and rush to stage 2-8,because that’s when you unlock Auto, so once you do that you can progress in the game much easier, even if you don’t have a lot of time to dedicate to the game (you might be at work, at school or so and you need the game to play on its own).

This would be my number one tip, because this will help you clear the stages much faster, at least enough to help you collect 2000 Diamonds so that you can make another 10x summon and try to get more heroes!

Do the hero summons and get powerful heroes!

At the beginning of the game you will have the option to do a summon gacha which will let you reroll for free up to 30 times. I would suggest that you do this and not accept immediately, but instead try to look for a powerful S tier hero, because in every summon there is a chance that you get one (only one!) S tier hero from the list!

From the Summon gacha you will be able to obtain these S heroes: Helen of Troy, Yi Sun-sin, Nicolaus Copernicus, Oda Nobunaga and Zhao Yun. These are not all the S heroes in the game, because there are more, but you should try to get one of them at least because it will make a huge impact on your game.

Which hero to look for? You will have a chance to get one of those at random, but I would really suggest that you look for Oda Nobunaga or Yi Sun-Sin (even Zhao Yun), because in my opinion these are the best.

You can obtain Helen of Troy from the Guild Shop, so I don’t think it’s really that worth going for her in this summon also.

Use the Ultra skill!

Your heroes will be able to activate Ultra skills, which are their unique signature skills, or their most powerful skills. They can be activated when you check out the hero icon in the bottom side of the screen during battle, if your hero portraits have some shiny lights around it. When that is the case, just tap on it and when the hero will have their turn, they will activate the skill.

There is another way to activate them, and that is when they appear on the screen. They will appear on the screen (really big, so you can’t miss them) right before that hero’s turn, and all you have to do is tap on it. If you missed the time frame window in which you can activate it, then you can still do it by selecting the hero from the bottom side of the screen (as I mentioned before) and then they will use the skill in the next turn.

I suggest that you use the Ultra skills because they are really good and they will make quite a big impact on the game. Since all of the heroes have different skills, I would suggest that you read carefully what they do before you assign them to the team, because that way you will know what they do and if you are fighting manually (without auto) you will know when to use them during fights.

In order to benefit from this, all that you really have to do is go to the main interface, then tap on the Tasks in the left side of the screen (tap on the actual text). There, you can head on to the Side Quests tab and scroll down until you see the task to Join Our Facebook Page. Tap on that and it will open a new window with the game’s Facebook page.

The same works for the game’s Discord page! Also in the Side Quests tab if you scroll down, you can find the Join Our Discord Group quest! Do the same as you did for the Facebook task, and you can claim an extra 50 Diamonds for free.

Gear up your heroes

You will obtain various gears from the battles and from the summon, but you should always make sure that you have the best ones equipped to your best heroes. The gears will make quite a big difference and impact in your battles, because they will not only enhance your heroes’ ATK, but also give them more HP and other attributes, which will help in both tanking more damage and dealing more.

The best thing you could do is to equip to your S hero (or heroes) the best gear you have, and to the rest of the heroes equip the rest of the gear. Once you have obtained better gear, make sure that you swap them out for the better ones and equip them as you go.

A little tip: If you don’t have many good (purple at least) heroes at start, but only have some blue or so, then you can equip the gears to the blue heroes, then once you get better ones you can head on to the heroes’ page, tap on the gear and select the Unload option to take off that gear and place it on another, better hero.

You will be able to enhance your heroes’ gears after you equipped them, but make sure that you do that whenever it is possible, because every enhancement as well as any better gear will make quite a big difference.

Enhancing your gear will cost Gold, so make sure that you have some before doing this, because it will cost quite a bit!

While you are not actively playing the game, and even while you are, your heroes will keep on battling the zombies and collecting EXP and Gold. While you are offline, they will keep doing so, therefore I suggest that the first thing you do when you log back into the game after being offline for a while should be to claim these rewards!

You can find them by tapping on the Exploration car on the right side of the main screen, and then you can select the Claim option right under the Main Story. You can keep on searching and gathering loot offline for up to 8 hours at a time, so I would suggest that you log back into the game after 8 hours and claim these rewards!

Do your daily quests and claim tons of rewards

In the game there are quite a lot of quests to be done, and even more to check out and try to complete over time! I am going to list a few of them, which will help you get a ton of Diamonds early on and collect enough of them to do an extra 10x summon for you (with 2000 Diamonds).

Newbie’s Carnival: these quests are daily and they can be found in the main interface, around the middle-upper side of the screen. They have tasks per days, and they are time limited, so make sure that you start working on them as soon as you log into the game, because if you check out the Exploration tab there, you will see some amazing Diamond rewards.

Daily Tasks: the Daily Tasks can be found in the left side of the main screen, when you tap on the Tasks text. There you will have 3 tabs, each containing quests. Do the Daily Tasks until you have collected at least 90 points, because at the 90 points milestone, you can claim 150 Diamonds rewards. (and much more in the process)

Main Tasks: the main tasks are pretty good, because they are obtained from going about the game story at your own pace. They are decent and the rewards are also OK, but mostly Gold.

Side Quests: this is another source of Diamonds, and they are super easy to complete as well! Just check them out because they are definitely worth completing ASAP!

The Achievements option is not that super easy to get to, so let me give you a hand, because the Achievements will give you tons of useful rewards! Go to the main interface, then tap on the Personal terminal option in the upper right side of the screen.

There, you can scroll through the options until you have reached the Achievement Index page! Check them out and try to do as many of them as you can, while placing a priority on the ones which give you Diamonds (to do the 10x summon sooner!).

If you want to spend some Gold and try to make your characters more powerful, you can try to acquire better gears for them! Simply head on to the Summon tab, then select the Identify option and there you can start identifying gears!

If you need a certain gear, select the tab with that gear, otherwise go for the 80% one, because that will give you a random gear (and costs slightly less)!

These would be all of our Harbingers – Last Survival tips and tricks that we have for you right now! Do you know some more useful game tips that you would like to share with us? Leave them down in the comments section below to be shared with everyone!