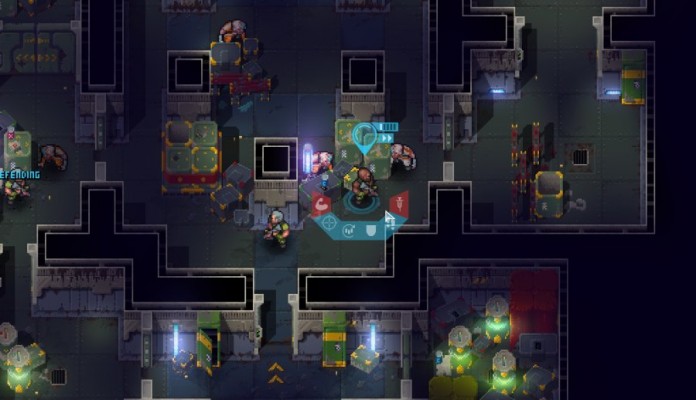 I promised myself that I won’t use the term “brilliant” so often, but when you see a game like Halfway – an upcoming tactical turn based RPG for iPad – you simply can’t use a different word. Maybe this has something to do with the fact that I am a long time fan of the original Fallout, Jagged Alliance and X-Com. But still, this is a game of great promise.

The story goes like this: your spaceship is suddenly taken over by an unknown alien species and just like Sigourney Weaver, you can’t just turn your back and hope for a quick death. Instead, together with your crew, you decide to take back what is rightfully yours and teach that alien scum a thing or two about the human race.

Gameplay-wise, you have a brilliant (there, I said it again!) top down tactical shooter that goes in turn based mode, you have multiple skills to unlock, new characters to add to your squad and hopefully some improved mechanics compared to what we can see in the pre-alpha footage below:

Halfway, in the works at Robotality studios, is expected to be launched for PC and Mac first, with an iPad version coming “later”.