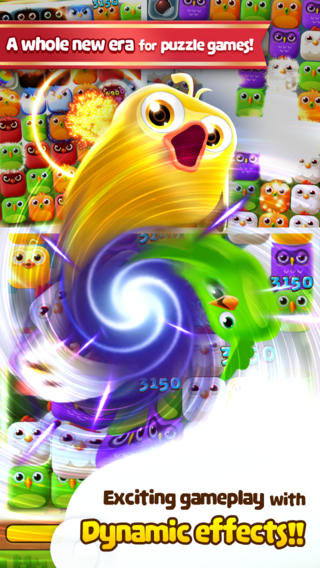 Halfbrick Studios is a development team that definitely doesn’t know how to stay still and rest on its well deserved success. The team has recently soft launched a nice puzzle game on the App Store called Yes Chef!  but it looks like that wasn’t enough, as yet another puzzle game is going to be published by the team this week.

Birzzle Fever has been developed by Enfeel, the team behind another puzzle game called Birzzle Pandora, which looks a lot like the upcoming new game of the team.

While the basic match-three gameplay experience looks pretty much the same, what sets Birzzle Fever apart from its predecessor is the pace. Birzzle Fever is a really fast paced game which encourages players to be as quick as possible.

Birzzle Fever also comes with some nice social features that give a competitive edge. It’s nice to be really good at this games, but no one can know how good you can be, what’s the point?

Birzzle Fever will be released on the App Store this Thursday as a free to play title. The game is already available on the Australian store so make sure to download it if you live in the country and you’re looking for a nice puzzle game to kill time, not too involving but not even completely shallow.