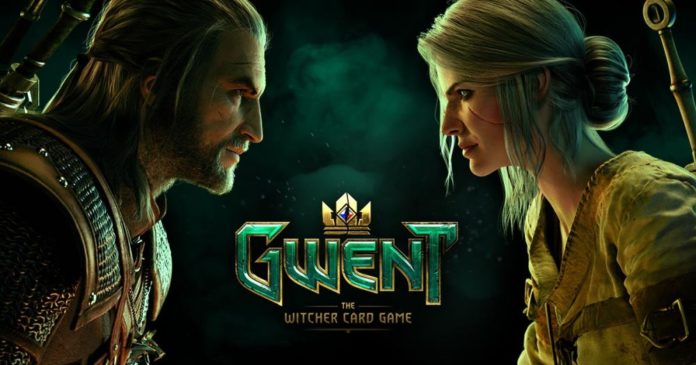 The long awaited card game set in The Witcher’s universe is finally here! Enter GWENT: The Witcher Card Game! Your favorite heroes and factions from The Witcher clash in this strategic collectible card game.

Players will make careful on-the-fly decision because every move in GWENT matters! It’s the best of the three, so careful deck building and combos is the key to victory.

GWENT is a game about smart decision making and careful patience!

In GWENT, two players duke it out in strategic card battles to the best of three rounds. This means that you will need to win two rounds to be declared the winner of the match.

Each card has a number at the top left corner – this is the card’s power. All of your cards’ are always counted every turn and the objective is to be the player with the higher power whenever both players pass. If you have the higher power, you win the round.

When a round is finished, all cards that are currently played on the field are destroyed, and both players draw three more cards to start off the next round. This means that you will need to keep some cards for the next round, lest you play all of your goods ones right away.

Know when to withhold and go all out!

As we mentioned, you will need to strike a careful balance between showing your hand but not all of it. During the first round, both players are deciding on their approach and you will need to pick your depending on the cards you drew.

Will you play your strongest card right away? Or will you hold onto it to close out the next round in a spectacular fashion? The choice is yours, but knowing when to hold back and when to advance depends on your own intuition.

Take a look at what your opponent is doing and try to read them. Are THEY going to go all out? Maybe you will need to defend yourself, or you might be able to use it to your advantage. Remember, you need to win two rounds…

Thin out your opponent to take advantage!

One of the most common tactics to utilize in GWENT is the concept of “thinning”. Thinning, in its basic terms, is the process of intentionally playing your less valuable cards in order to improve your odds of getting your better cards, such as your silver and gold framed cards in later rounds.

Thinning is something that can be done to yourself or to your opponent. As an example, you can force your opponent to intentionally thin their own deck by playing your powerful cards, forcing them to respond with their own or risk losing the round.

This is perhaps the most basic explanation of thinning, but it is a powerful technique if performed correctly. Playing the odds against your own deck is a skill in and of itself, so be sure to keep this in mind.

Do not forget about your Leader skill!

Based on the starter deck you choose, you will be given a Leader skill. The Leader skill can be used for as many charges as it has, then it is – in most cases – exhausted and can no longer be used for the remainder of the match. It is important you use your skill wisely!

When you complete your first three bot matches in GWENT, you are given access to all five starter decks. This is where things really start to open up, and you can start experimenting with the different faction decks to see what suits your playstyle.

Here, we will go over the sample decks and we will share some basic strategies with you in hopes that you can use them as jumping off points for your own deck builds.

Inspired Zeal boosts an allied Northern Realms unit by 1 and grants it Zeal. Zeal lets cards with an Order to be played immediately upon entering the battlefield.

The Northern Realms starter deck focuses on strength in numbers. Many cards like Nenneke, Anna Strenger, and Temerian Drummer focus on boosting allies. This deck succeeds when it can places its supporting cards next to its main soldier cards.

The Tridam Infantry is amazing when paired with the previously mentioned Anna Strenger and Termerian Drummer cards, as they can constantly boost the infantry, resulting in attacks every turn.

Carapace boosts an allied unit by 3 and grants it Shield. Shield protects the unit for one attack.

The gruesome Monsters focus on getting revenge through Deathwish abilities and also consuming each other to grow more powerful.

The best example of this is one of the deck’s gold cards, Ozzrel. Deploying Ozzrel in the melee row allows it to consume one of your opponent’s units in their graveyard, removing them from the match permanently, while powering him up at the same time.

Other cards, like the Celaeno Harpy and the Ghoul are able to consume other units. Some units can only consume allies, while some can only consume enemies, so make sure to pay attention to what their Consume text says.

A few cards like the Archespore and the Harpy Egg have the Deathwish ability, which causes things to happen when the card in question is destroyed. Harpies are spawn from the egg when destroyed and the Archespore damages enemies.

If your opponent is aggressive and likes to attack your cards often, these Deathwish abilities will make them think through that strategy twice.

Onslaught is a straightforward skill that damages an enemy by 1.

The aggressive Skellige focus on attacking opponents relentlessly so that they eventually gain the upper hand through Bloodlust, an ability that triggers when a number of enemy cards are missing health.

Other units are able to take advantage of damaged enemies even if they do not have a Bloodlust ability. The Giant Boar, for example, is boosted by 1 point for every damaged unit. If the enemy team has a lot of units that are hurt, the Giant Boar can single-handedly put you ahead in points.

Let your opponent play a few cards, then damage them slightly to take advantage of the Bloodlust abilities. The more you attack, the more power you will gain!

Strategic Withdrawal moves an allied Nilfgaardian unit to your hand and boosts it by 2, then you are able to play a card.

The powerful Nilfgaardians rely on allies to empower their abilities, like the starter deck’s gold cards Serrit and Auckes. These two cards deal damage and lock enemies respectively, but if you play one with the other in your hand, their abilities are amplified to tremendous degrees. Serrit deals 4 damage instead of 2, and Auckes is able to lock an enemy and all copies of that enemy on the battlefield.

The Impera Brigade is a powerful 3 point card that when summoned into the melee row, will summon all additional copies from your deck alongside it. If you load your deck with these guys, you can give yourself a big point boost seemingly out of nowhere.

The Nauzicaa Sergeant gains a power point every time you play a unit that has the Deploy ability. Almost all of the cards in the Nilfgaard starter deck have the deploy ability, so play the Sergeant early to make the most of it.

Boost all units in your hand by 1.

The Scoia’tael starter deck is an all around deck that focus on damage, boosting, and utility. Most of the gold cards like Milaen, Sheldon Skaggs, and Pavko Gale all focus on no nonsense damage dealing. Ida Emean aep Sivney can grant an ally Vitality, which boosts that ally by 1 for as long as Vitality lasts.

This deck features the powerful Incinerating Trap which is invisible to your opponent when played. The trap is automatically activated when your opponent plays a card, damaging them for 5. The trap’s damage is usually enough to destroy most cards on its own, so get ready to play it when you feel the time is right.

The Urihedd Dragoon card can force an enemy unit to move into the opposite row. It can also be used on one of your allies if they get moved out of their original row. You can disrupt potential strategies since certain cards need to be in a specific row to use their abilities.

With its focus on powerful moves and utility, the Scoia’tael is a great deck to start off with.

Play them all and build your own deck!

We recommend that you take all five starter decks for a spin at least once. That way, you will grow more familiar with the cards and possible combos. With this knowledge in hand, you will be able to craft your deck from the ground up!

Each card has a provision number on it, and your deck cannot exceed a certain threshold of provisions. The more powerful cards, like the gold cards, tend to have high provisions so you will need to balance your deck carefully.

We recommend staying close to around 25 cards just like the starter decks do, as this the perfect number to get through a round while being able to slightly control what you will draw next.

If you have more cards than this, it will be much harder to influence what you will draw next and get your better gold cards, so be careful when making bigger decks.

That concludes our guide on the basics of GWENT: The Witcher Card Game. If you have any other deck building strategies you would like to share, let us know in the comments below! 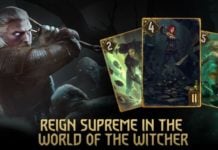