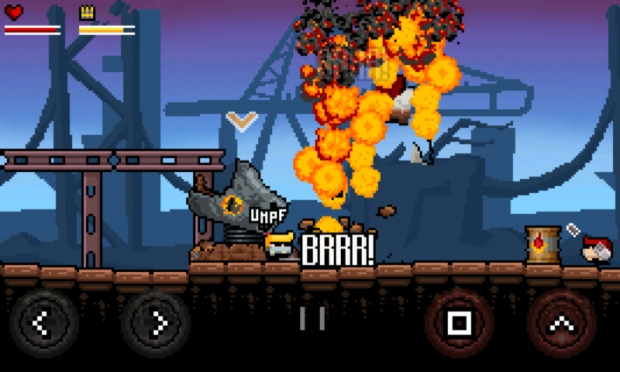 Gunslugs 2, the platform game developed by OrangePixel, has finally received a final release. According to the game’s latest trailer, which can be found at the end of this post, the game will finally be released on the App Store on January 15th.

Gunslugs 2 was supposed to be released sometime during October 2014 on iOS devices but the team revealed a little more than a month ago that the game was going to be released during January. The delay was apparently a business  related move, according to OrangePixel.

Gunslugs 2 is not going to play all that differently from its predecessor, with players having to explore a variety of stages while shooting anything that moves with all they’ve got. The game’s hectic and exciting experience is clearly inspired by old school platform/shooter games like the Metal Slug and Mega Man series so fans of these classic series will definitely like OrangePixel’s latest game.

Gunslugs 2 will be released on the App Store on January 15th for a yet to be confirmed price. If you want to try out the game before purchase, you can check out Gunslugs 2’s free demo on its official website.