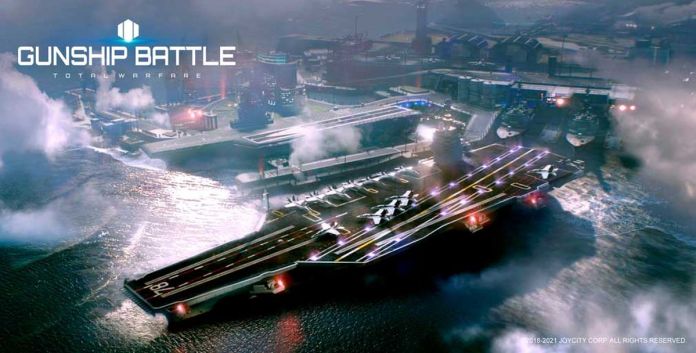 This article is sponsored by Gunship Battle: Total Warfare

Gunship Battle: Total Warfare is celebrating its third anniversary, and Joycity is pulling out all the stops to boost the festivities for fans of the mobile strategy game. In addition to new cosmetics and a fresh mini-game, the Gerald R. Ford Aircraft Carrier is also making a larger-than-life appearance.

In Gunship Battle: Total Warfare’s third-anniversary festivities, players can enjoy a brand-new Carrier Group feature to keep powerhouse units in check. Here, you can assemble your combat fleet using your hard-earned boats, carriers, and aircraft and strategize the best configurations for the most tactical unit payload (and for the playstyle that suits you best).

Meanwhile, players can try their hand at the Lucky Dice Event mini board game, where every space you land on rewards you with in-game goodies. Collect enough Dice Fragments to open boxes, and you might even score Legendary jets for your trouble. Plus, both the 3x’s Ship XP and enhanced Jet Upgrade Plus events are back.

Party hats, in-game surprises, and tons of giveaways are up for grabs, especially as the anniversary day itself draws near. For now, you can download Gunship Battle: Total Warfare on the iOS App Store and on the Google Play Store for Android devices. It’s a free-to-play game with in-app purchases.